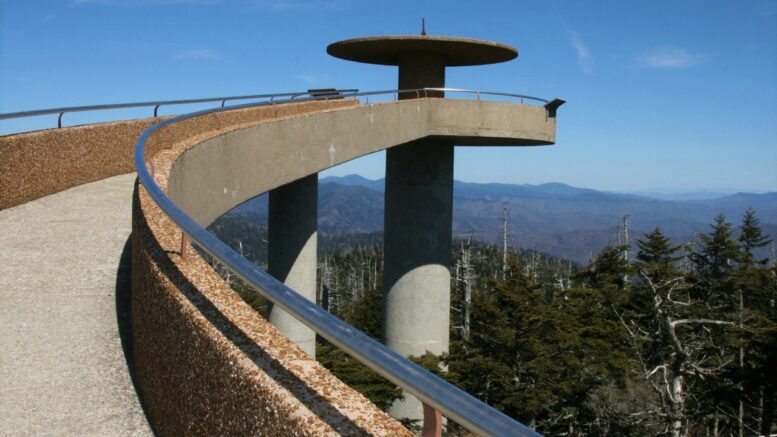 Former Owego resident, Jesse Allard, who now lives in Knoxville, Tenn., is gearing up for a “Life Hike” in remembrance of his brother, Vincent Conti. Allard will embark on a section hike on the Appalachian Trail beginning July 15, with a goal of reaching Clingmans Dome (pictured), the highest peak in the Smoky Mountains, in six days. Provided photo.

Owego native, Jesse Allard, is gearing up for a “Life Hike” in remembrance of his brother, Vincent Conti. Allard, who lives in Knoxville, Tenn., will soon embark on a section hike on the Appalachian Trail beginning July 15.

Vincent Conti passed away on July 15, 2020 at the age of 29. He was an active member of the Tioga County Boys and Girls Club (TCBGC) and where, Jesse said, he enjoyed playing pickleball and basketball, and worked out regularly with calisthenics and cardio training.

Like many in the Owego area, Conti was a regular at the Club since elementary school days and it was there, Allard remarked, “Where he had an outlet.” 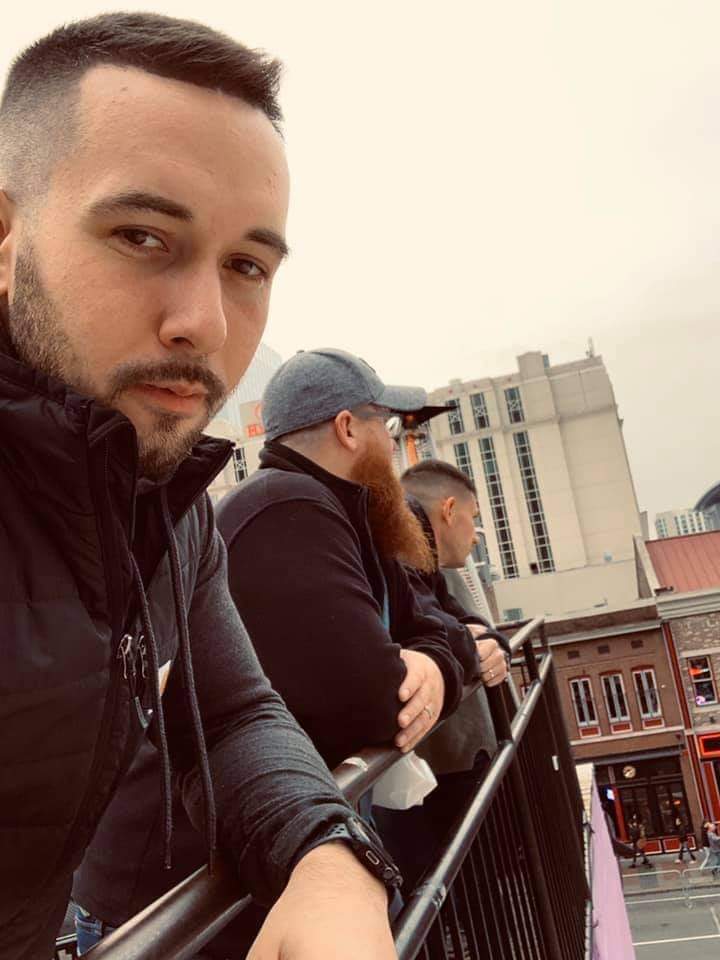 Pictured, in the foreground, is Vincent Conti, who passed away on July 15, 2020. A fundraiser has been set up in Vincent’s memory at www.paypal.com/us/fundraiser/charity/1435336, with proceeds benefitting the Tioga County Boys and Girls Club, and where Vincent had been active since childhood. Jesse Allard is hiking a section of the Appalachian Trail in his brother’s memory from July 15 to July 21. Provided photo.

That outlet was lost, however, when the Club had to temporarily shut down due to the pandemic.

“He lost his outlet at the Club to stay focused, stay in shape and have companionship,” Allard said, adding, “He also lost his way to stay mentally focused on what was good.”

Jesse’s July 15, 2021 departure will be the second hike, starting on the same day that Vincent passed away.

Last year, and three days before the hike, Jesse made a decision to continue on with the plans, stating, “I decided that he would want me to do the hike because he and I had talked about it for months.”

The Appalachian Trail (AT) runs from Springer Mountain, Georgia to Mt. Katahdin in Maine. Thru-hikers typically start out in mid-to-late April, and the entire 2,000-mile journey can take from five to seven months. In the mix are section hikers and day hikers, or those who select a certain segment to hike.

Jesse’s section hike, scheduled from July 15 to July 21, will start at the Davenport Gap Access Trail in Cosby, Tenn. with a goal to finish at Clingmans Dome, located on the border of North Carolina and Tennessee. Jesse said at age 40, and after shedding some weight, he feels in better shape and anticipates finishing his hike in six days.

According to appalachiantrail.com, the AT climbs over the summit of Clingmans Dome, which stands at 6,643 feet and is the highest peak in the Smoky Mountains as well as the highest point on the entire AT.

Hiking the AT is adventurous, no matter how much of it you tackle, but for Jesse it’s also about the solitude and discovery.

Jesse shared, “Mental and physical health play a huge role in spiritual health,” or as he describes, the “Mind, Body and Spirit.”

“Without all three of these, we are not balanced,” Jesse said, adding, “Vincent preached this to me, and when I saw him slip, it was the hardest thing in the world to witness.”

On last year’s hike, Jesse commented that he reflected on all of the things that made his brother good. Vincent lives on in others, too, as he gave the gift of organ donation.

It is Jesse’s goal to put the spotlight not only on mental health, but also all of the good that establishments like the TCBGC bring to small communities.

Jesse remarked, “It’s important that establishments like this exist in small towns like Owego, so people can stay healthy – both physically and mentally,” adding that it’s critical to help support and keep the Club open so that future generations can also benefit from it.

Meeting Jesse after he descends from Clingmans Dome will be TCBGC Director, Ken Henson.

Henson said he would drive to pick up Jesse at the end point of his AT trek.

Henson shared that the Club truly misses Vincent, and that he recalls Vincent spent many hours there because it was important for his physical and mental health routine.

A fundraiser has been set up in Vincent’s memory, www.paypal.com/us/fundraiser/charity/1435336.

Proceeds from the fundraiser will benefit the TCBGC.

For more information about the Club, https://www.tiogabgca.org/ or find them on Facebook.