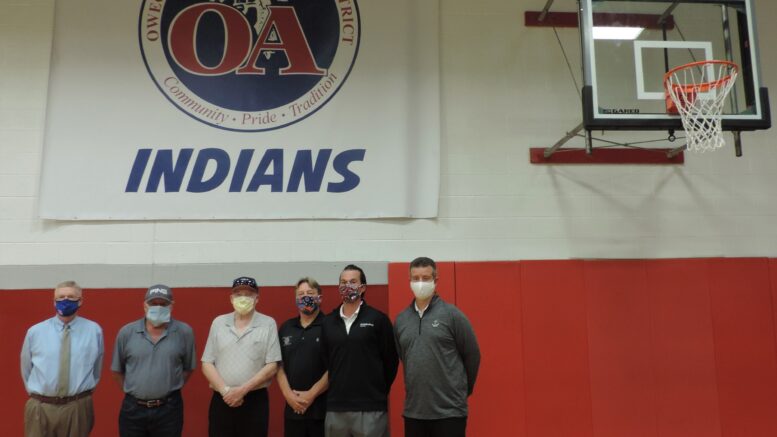 The donation, in the amount of $2,500, honors the memory of Charlie Sibley who passed away in August and was a coach and mentor to many in the community. Constantine explained that Charlie Sibley’s legacy resonates with the company since a part of their mission highlights helping young people.

Constantine noted, “It is great timing to support the community, and particularly in the midst of a pandemic, while also remembering a man who meant a lot to me and was a conduit to reaching kids.”

“Growing up, my whole world was basketball, and I was lucky to play for Coach Sibley and my father starting at about age seven or eight,” Constantine shared, adding, “Coach Sibley left behind a legacy, and we will pass that legacy on.”

Constantine explained that Sibley helped build a travel basketball program during a time in the 1990’s when they were not as common as today, and the trophy-winning teams traveled all throughout New York State. 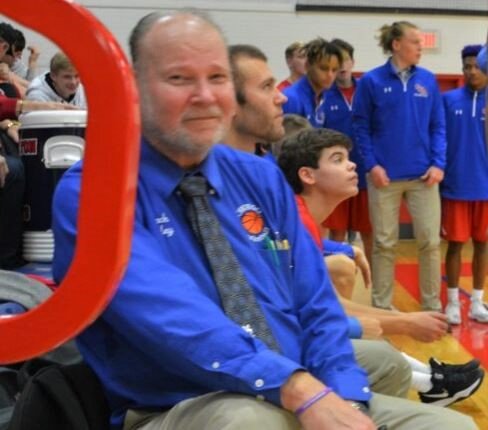 A game-defining moment for Constantine occurred when his father pulled him aside and said, “I just played against him (Charlie) in the men’s league and he scored 32 points, so listen to what he’s talking about.”

Chris Evans, who first met Sibley at age seven or eight, wrote in a previous article published in The Owego Pennysaver, “Charlie Sibley’s death has impacted a great many people, and a coach’s impact can last many lifetimes,” adding, “But Charlie wasn’t only a coach teaching the finer points of basketball, he was a man wrapped in the gentle passion of selflessly giving the most precious commodity we can give – our time.”

Charlie Sibley passed away on Aug. 24, 2020 at the age of 69. He coached throughout Tioga County for more than 50 years.

It was Sibley, Henson said, who was a constant fixture at the club and contributed in making the TCBGC flourish. Sibley’s coaching style, as Henson witnessed, was more, “Thanking parents for giving him the opportunity to coach their kids.”

Henson remarked, “We (TCBGC) are trying to keep the doors open, so the donation is huge and the club appreciates it,” and added, ““We plan to have an annual tournament in Charlie’s name once the COVID situation allows, and will also present a plaque in his memory.”