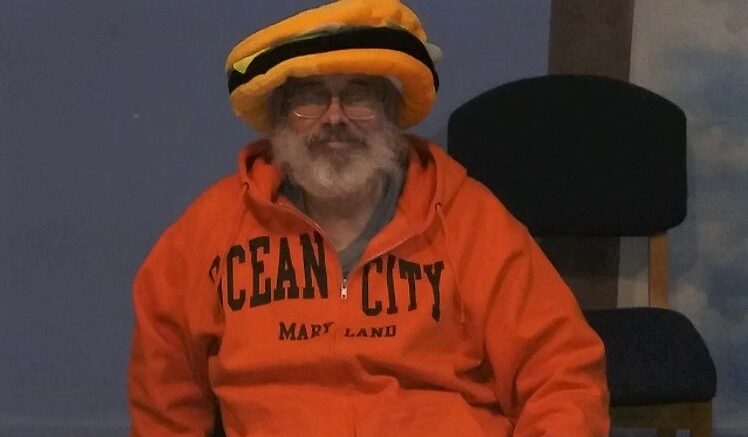 Pictured is Stephen Goda, an Owego resident who passed away in April. Goda was a friend to many in the community and a faithful regular at Haven of Rest Ministries, located at 62-64 North Ave. in Owego. Provided photo.

Haven of Rest Ministries, Inc., located at 62-64 North Ave. in Owego, N.Y., a non-profit street ministry in its fourth year, suffered the loss of a faithful friend in the spring.  Stephen Goda, an Owego resident, passed away on April 1 from cancer. He was 62.

Now, six months later, the impact of the loss and the remembrance of a friend fondly known as Deacon Stephen is part of everyday conversation. Goda remains in the hearts of many who frequent the ministry. 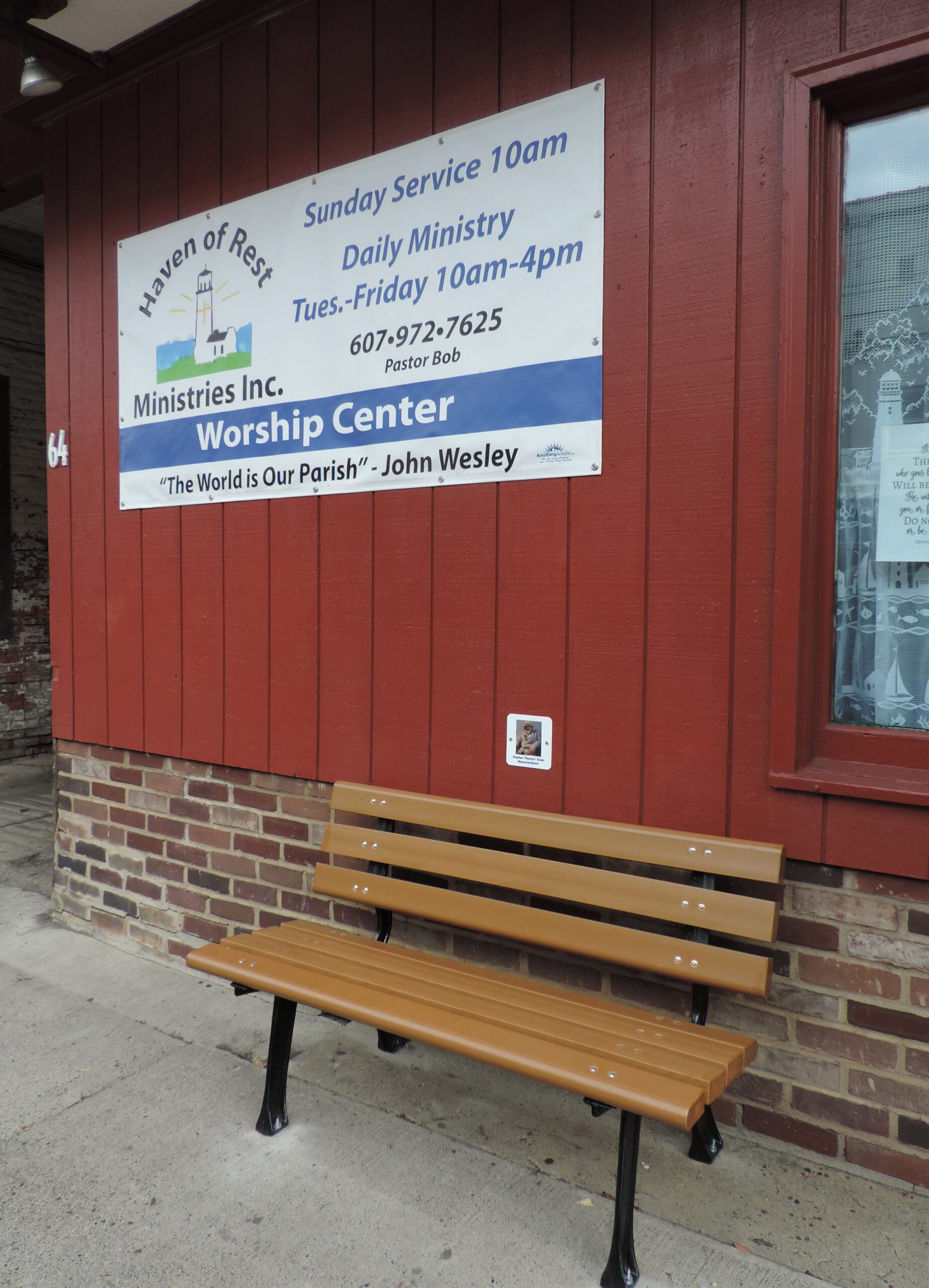 Stephen Goda, an Owego resident who passed away in April, was a consistent volunteer at Haven of Rest Ministries, and a friend to many. In his honor, a bench was placed near the entrance of Haven of Rest on North Avenue in Owego. (Photo by JoAnn R. Walter)

Most recently, the 64 North Ave. side of the facility has been renovated to include a Sunday Worship Center, and features a photo of Goda hanging on the wall.

Pastor Bob Harris remarked, “Stephen never missed a day here,” adding, “We are a street ministry, and not a church, and we welcome people to get off the streets and feel safe here.”

And, since he was always present at Haven of Rest, Goda was admired by many and given the name “Deacon,” and as Harris noted, “He was proud of that, and we miss him every day.” 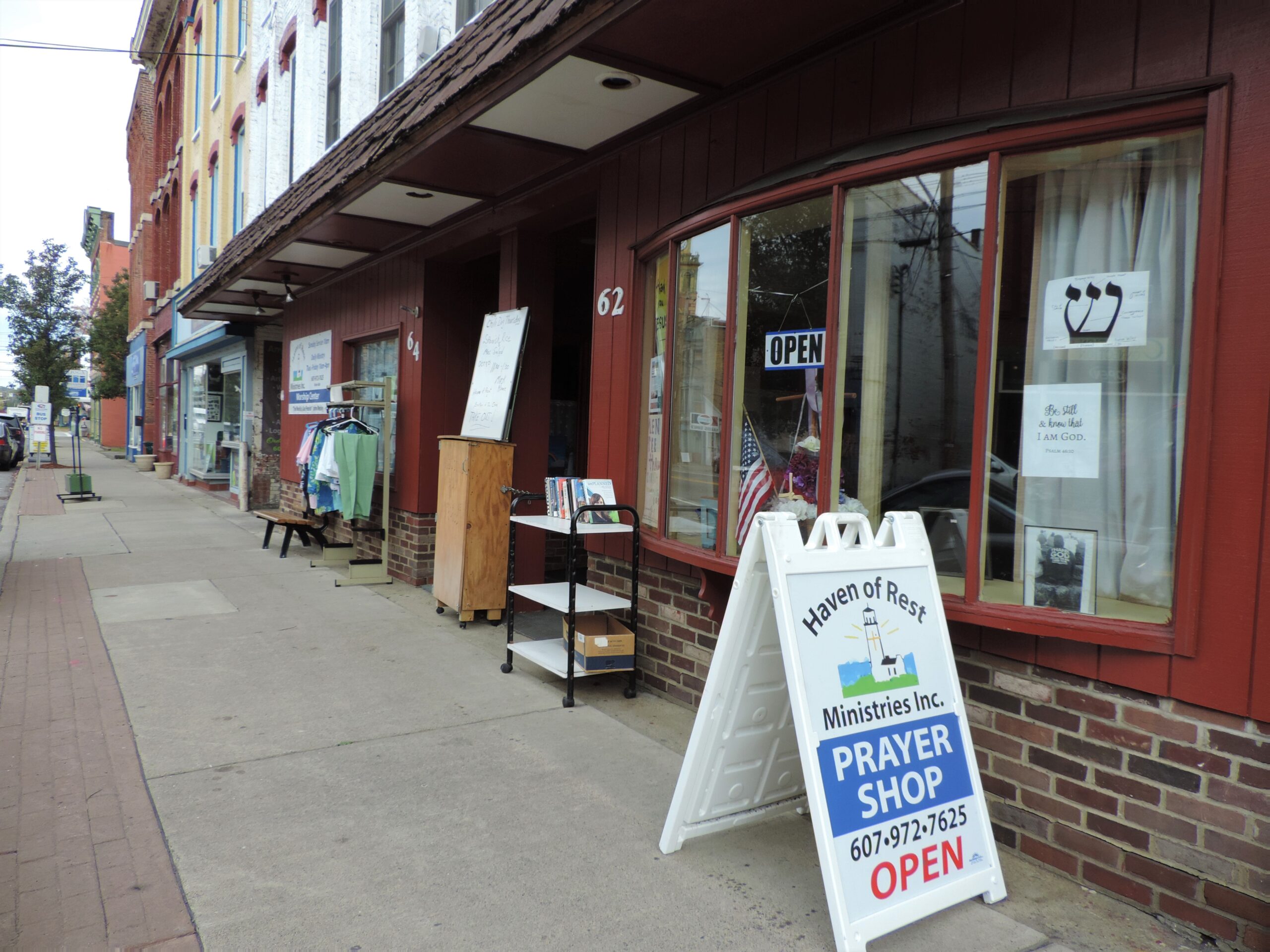 Pictured is Haven of Rest Ministries, located at 62-64 North Ave. in Owego, N.Y. The street ministry welcomes people to share conversation in a comfortable and inviting space. For information, call (607) 972-7625. (Photo by JoAnn R. Walter)

Walk through the front door at Haven of Rest and the comfortable and inviting space welcomes people to share conversation and receive encouragement. Oftentimes, as Harris and some other regulars commented, people who come into the center feel looked down upon or unwanted by others in the community, but find Haven of Rest as a place where they are valued and feel special.

A lovely wall mural greets visitors and is a focal point inside the facility. The mural, Harris remarked, offers a symbol of hope for many, and has evolved into a gathering place for people to pull up chairs and pray under. A non-denominational Bible-based ministry, visitors can also pull up a chair and listen to hymns, or watch or read Christian movies and literature.

Goda was a regular at Haven of Rest since it first opened its doors, and is remembered as going above and beyond in efforts to give back to the community. Harris shared that Goda was a key volunteer at the Haven of Rest pantry where he stocked shelves and assisted in unloading trucks at Tioga County Rural Ministry, gave out bottles of water during Strawberry Festival, shoveled portions of sidewalks on North Avenue during winter months, and even wore a sandwich board to promote the local farmer’s market, just to name a few.

Since COVID, Harris said that the number of daily visitors to Haven of Rest has increased, and so has the need. The ministry offers takeout food every Thursday, and distributes hygiene kits and clothing, among other initiatives. Haven of Rest receives assistance via donations, and most coming from several local churches and other non-profits.

Individuals interested in stopping by will find a placard street sign set up near the front entrance of the facility. For more information or to ask questions, call (607) 972-7625.

In remembrance of Stephen, a video was recorded. Find the video at https://www.youtube.com/watch?v=aEzumVE7bnk.

Visitors to Haven of Rest, or anyone who needs to sit a spell, are welcome to utilize a new bench that was placed near the entrance of the facility. A sign hangs over the bench in remembrance of Stephen Goda.