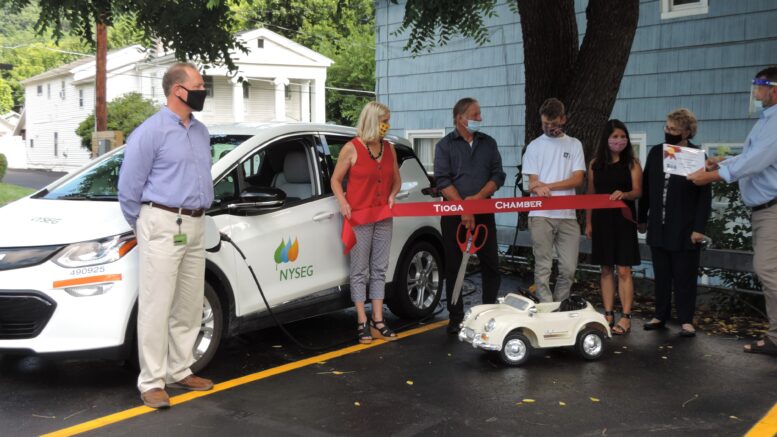 Some good news for Owego!

Ten level 2 electric vehicle charging stations were installed several months ago at 130 Temple St. for use by commercial and residential tenants of 231 Main and the Temple Street Professional Building in Owego. The stations are a project by the Nelson Development Group LLC.

To celebrate the endeavor, the Tioga County Chamber of Commerce hosted a Ribbon Cutting on Aug. 5. President and CEO of the Chamber, Andrew Hafer, read a proclamation at the event. 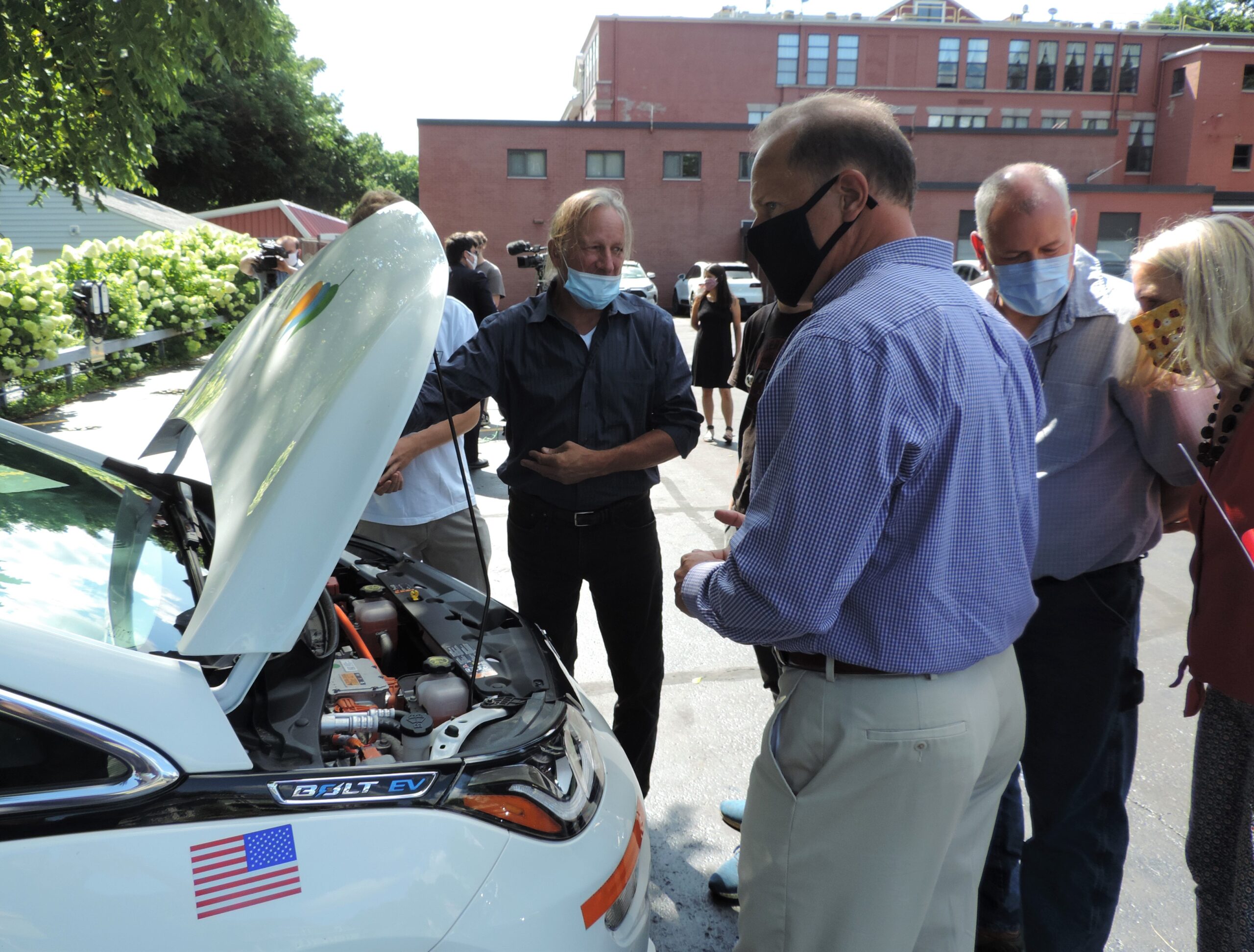 Bruce Nelson, owner of Nelson Development Group, and NYSEG Representative Joe Rusin, along with other guests, check under the hood of an electric vehicle during a Ribbon Cutting event held Aug. 5 (Photo by JoAnn R. Walter)

Hafer shared, “I proclaim this day a day of new beginnings,” and noted that the vehicle charging stations represent one way the Tioga County business community is moving forward.

Funding for the stations is partially provided by an incentive from the Charge Ready NY Program via the New York State Energy Research and Development Authority (NYSERDA). 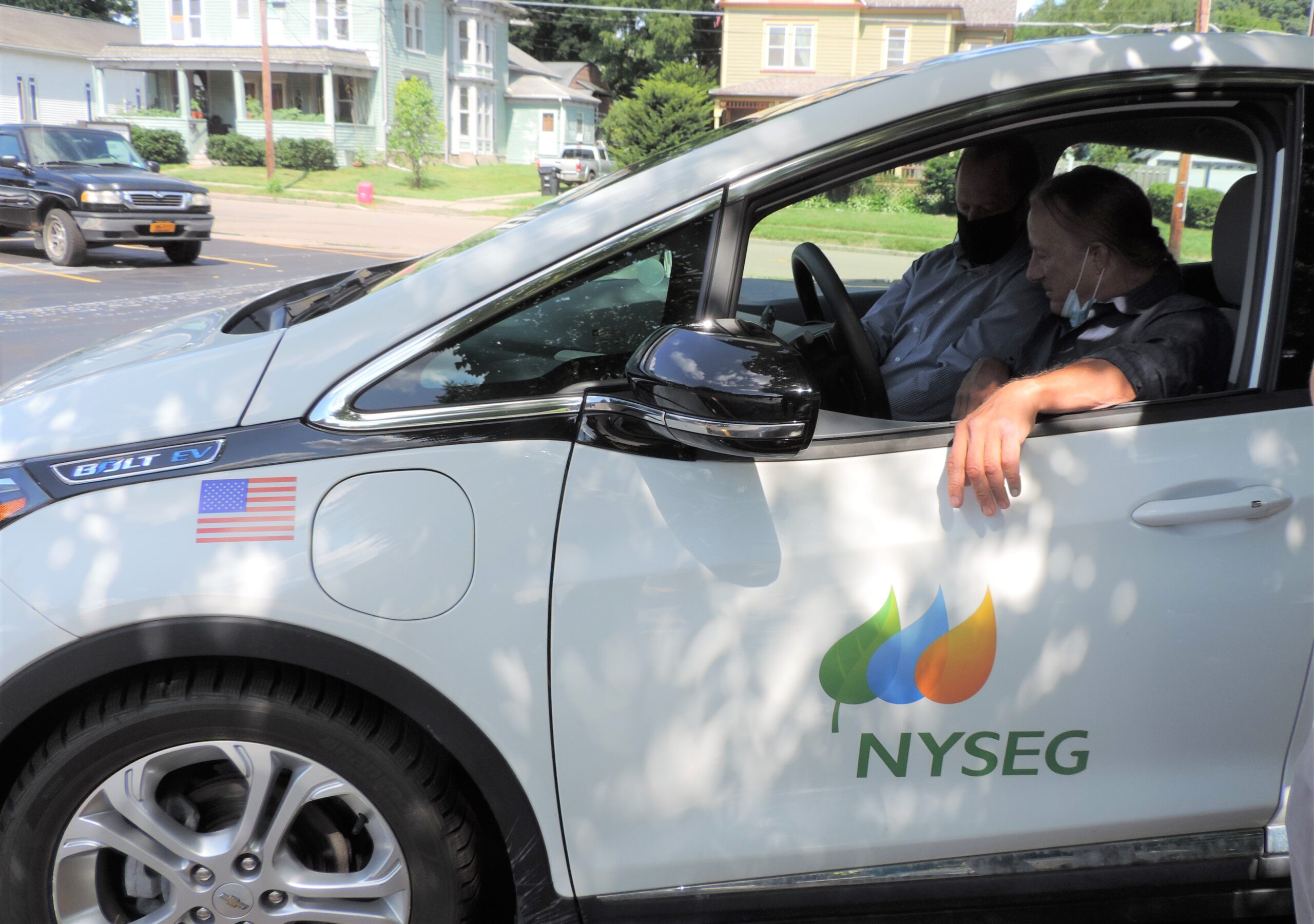 Bruce Nelson, owner of Nelson Development Group, prepares to take off on a short ride in an electric vehicle. (Photo by JoAnn R. Walter)

NYSERDA is providing $7 million toward the initiative, which results in a total of 1,750 new charging ports throughout the state. Installing Electric Vehicle (EV) charging stations plays a part in making New York State environmentally cleaner.

During an interview in the spring, Nelson explained that the Owego charging stations are some of the first in Tioga County and the project was inspired when a tenant inquired about the possibility. Individuals that live or work in the Village of Owego, Nelson added, can utilize the stations.

Nelson also commented, “There are a lot of good things happening in Owego.  Owego has been a forward-thinking community, so adding these stations is a good investment for the future,” and continued, “The interest is small right now, but it’s good to be ahead of the curve.” 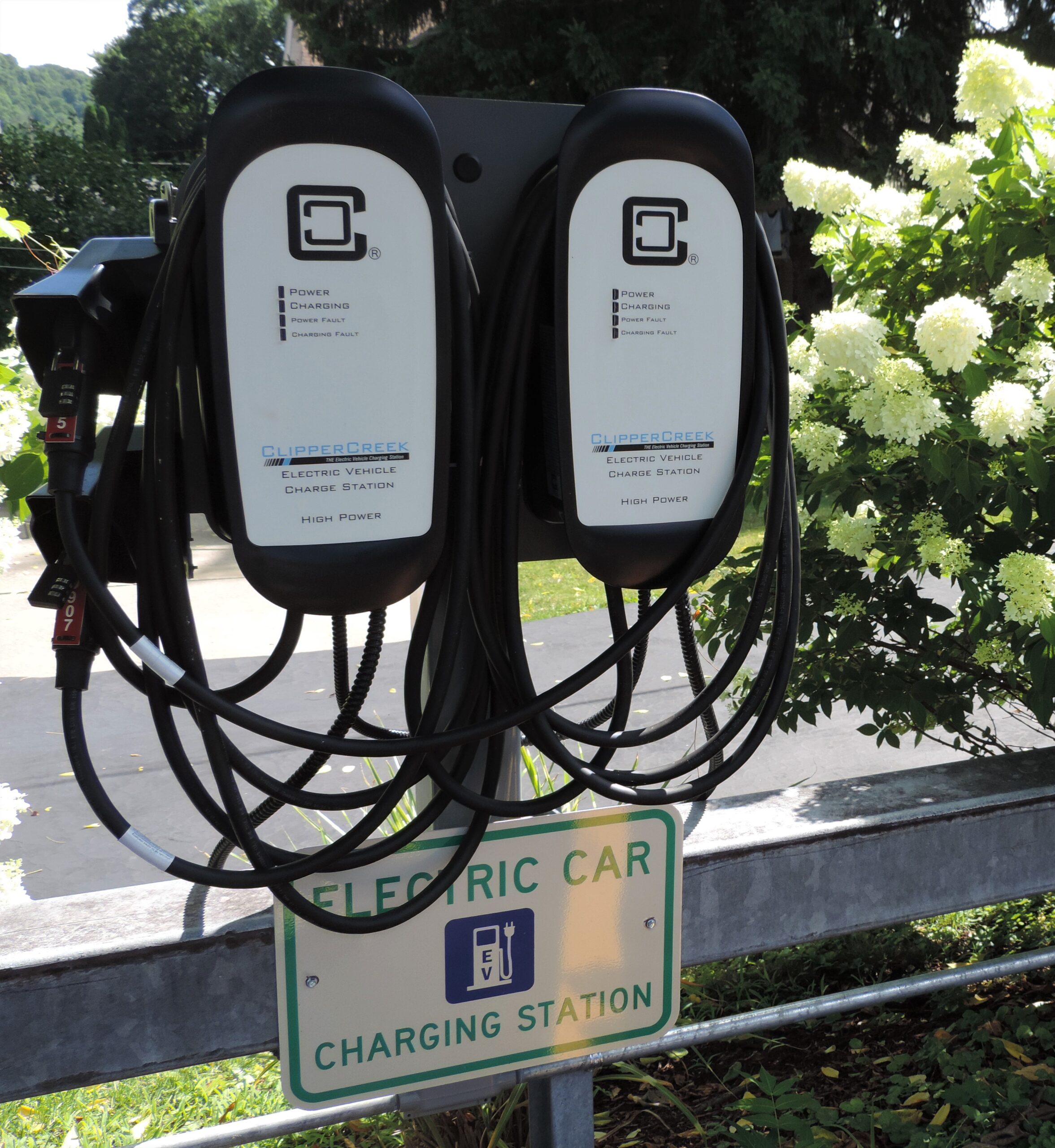 Among many positive points, installing the stations helps attract and retain tenants and employees in the community. Nelson remarked at the Ribbon Cutting that electric cars will continue to become more prevalent, and especially for those individuals who are conscience of the environment, such as playing a part in reducing emissions.

A Level 2 charging station, typically housing one or two charging ports per station, is a specialized charger that provides power, on average, at 240v and lends to 20-plus miles of charge per hour.  Battery Electric Vehicles (BEV) and Plug-In Hybrid Electric Vehicles (PHEV) can both be charged using the Level 2 units.

BEV’s do not have gasoline engines and are fully electric cars with rechargeable batteries. PHEV’s are recharged by plugging into an external power source or via regenerative braking.

Nelson remarked, “This is the direction of transportation coming down the line, and eventually we’ll see more of these,” adding, “It’s the wave of the future.”