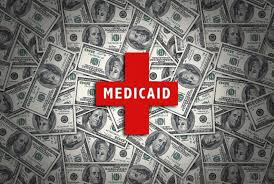 The Tioga County Legislative Chair, Martha Sauerbrey, has joined the New York State Association of Counties in calling for the state to reject a budget proposal regarding federal Medicaid money that Sauerbrey estimated could cost Tioga County anywhere from $164,338 to $1,272,946. At issue is roughly $1.5 billion in federal money created under the Affordable Care Act that, under Governor Andrew Cuomo’s proposed 2020 budget, would be shifted away from municipalities to help the state cover its $4 billion Medicaid shortfall.

“Tioga County along with the rest of New York Counties and the City of New York stand united behind working with the State to more effectively manage the cost of Medicaid, and improving the quality of care need. But any state Medicaid proposal must protect local taxpayers and services by keeping the current cost control caps in place,” Saurebrey said.

If the state reapplies that federal money, Sauerbrey said the consequences could be dire.

“The state deficit with Medicaid means that the state is going to withhold (federal money) that used to go to local municipalities for Medicaid costs but will now instead go to paying off the deficit, and what we might have to do is cut funding for outside agencies, things like libraries and non-profits in the community,” Sauerbrey said.

A recently released statement from NYSAC said that the combined counties of New York State contribute nearly $8 billion every year towards the cost of the federal-state Medicaid program, totaling more than all 3,000 counties across the country combined.

“It is abundantly clear that the Federal government intended for a portion of these funds to be directed to local governments to help offset the cost of Medicaid. We are entitled to it,” said NYSAC President Jack Marren in a statement.

Cuomo’s decision to try to keep that money runs in direct opposition to how that money was intended to be dispersed when Congress authorized the affordable care act, NYSAC Executive Director Stephen J. Acquario added. “It is irrational for the state of New York to intercept these funds to solve their budget crisis.”

The attempt by Cuomo to co-opt these funds to close the state Medicaid budget gap is another in a long line of unfunded mandates that have made it difficult for the county to maintain a balanced budget, Sauerbrey said.

“Economic conditions right now are very good and we are just getting by in terms of maintaining a balanced budget. Every single unfunded mandate, and there have been a lot over the years, makes it that much harder to maintain that budget. How will we be able to balance our budget with all these unfunded mandates when the economy is not so good,” Sauerbrey further questioned.