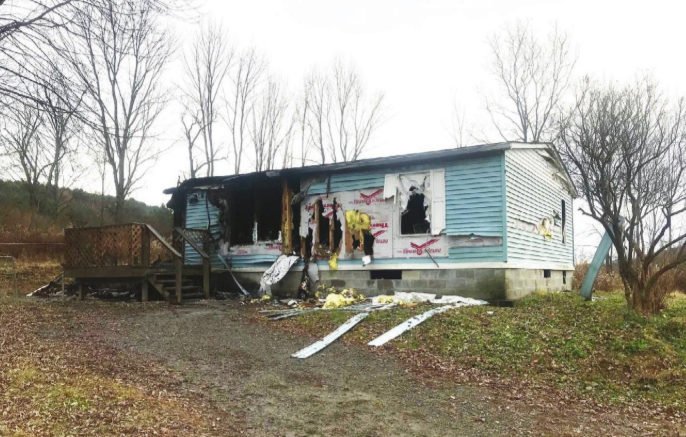 Pictured is the 18 Crane Rd. home after a structure fire gutted it Sunday evening. (Photo contributed by Coy Gobble / The Daily and Sunday Review)

Posted By: Contributed by Matt Hicks, editor, The Daily and Sunday Review November 21, 2019

A fire that gutted a home in the town of Barton Sunday evening claimed a man’s life, according to the Tioga County Sheriff’s Office.

In a press release issued Wednesday, investigators identified the decedent as 57-year-old John P. Gay, but have released few other details as the investigation continues.

The structure fire at 18 Crane Rd. was first reported shortly before 9 p.m. Sunday, with fire crews from Waverly-Barton, Lockwood, Sayre, and Athens Township all responding, according to the sheriff’s office. The cause is currently under investigation by the Tioga County Sheriff’s Office Criminal Investigations Division and the Tioga County Fire Investigation Team.