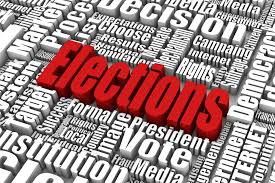 For Tioga County Sheriff, Republican Gary Howard, who is currently serving as sheriff, maintained his position with 6,019 votes while Joseph Breitwieser, Libertarian, came in with 1,188 votes in Tuesday’s election.

In Nichols, N.Y. Republican William Heveland maintained his position of Superintendent of Highways, earning 297 votes; Bradley Bartholomew, who ran as an Independent, had 103 votes.

In the Town of Tioga, Brenda Middendorf, Republican, earned 596 votes and will serve as the Town Clerk; opponent Kathleen Stoughton, Democrat, earned 185 votes.

Also in the Town of Tioga, Russell Story, Republican, will serve as the Superintendent of Highways after defeating Democrat Gary Deming with 498 votes to Deming’s 228.

Be the first to comment on "Seats filled in county races"