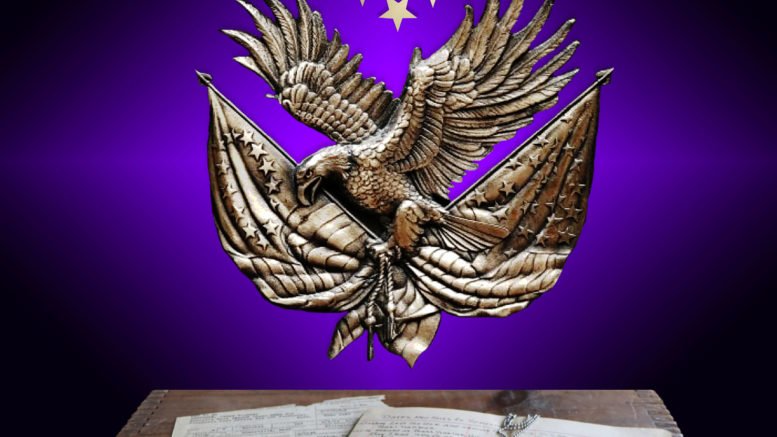 Veterans Day is a day when we recognize and give thanks for the service and sacrifice of the men and women who have served in the armed forces. How?

In Tioga County in all Sunday church services and on Monday a five part service at 11 a.m. in Glenn A. Warner Memorial Hall of the Owego Veterans of Foreign Wars Post 1371.

Local churches are asked to toll their bells or chimes 11 times on Monday, Nov. 11, on the 11th hour of the 11th day of the 11th month. These Bells of Peace mark the 101st anniversary of the great armistice that silenced the guns of World War One and recognize those lost during the war.

The 1938, Congress called for the observance of Armistice Day in churches and schools – again dedicating the day to the cause of world peace.

Churches throughout Tioga County are encouraged to have a service to honor the brave men and women who have protected their country with their time in the armed forces. Invite the community to time of reflection and thanks. Include songs of a patriotic and religious nature such as “God Bess America.”

Hold a reception for military veterans at church. Decorate the parish or fellowship hall with U.S. flags, and use red, white and blue tablecloths. Have a cake with “Thank You” written on the top. Include a prayer for the veterans.

Teachers are urged to obtain a Teacher Resource Guide from the Department of Veterans Affairs. This resource guide, along with another group of America’s finest – our educators, will allow students, before Veterans Day, to learn more about the price these brave service members have paid to defend our nation.

VFW Post 1371 Auxiliary and Veterans of Modern Warfare will visit Riverview Manor Health Care Center in Owego. The Sayre Elks will host their annual Veterans Program at Elderwood in Waverly. Staff develops profiles of each veteran for presentation at the service, and the Valley Honor Guard presents. Elderly veterans receive thanks for their service and sacrifice from the Mayors of Waverly, South Waverly, Sayre and Athens.

At precisely 11 a.m., Vietnam Veteran Dean Morgan’s trumpet will sound like it did a century ago for the Armistice ending the First World War. Andrea McBride will sing the National Anthem followed by the Invocation. Gordon Ichikawa will provide sound.

The 101st Anniversary of WWI includes a reading of the poem, In Flanders Field. There will also be a reading of the Roll of Honor of Tioga County veterans who died since Memorial Day, followed by Taps by Bugler Dean Morgan of the Post 1371 Honor Guard.

This year’s theme is “Honoring All Who Served.”

There will be a reflection on two anniversaries – the 10th for Rt. 38 – The Vietnam Veterans Memorial Highway of Valor and the 32nd for the Tioga County Veterans Memorial – both dedicated on Veterans Day. Not forgotten are POW/MIAs and Gold Star Mothers and Families.

Tioga County has two new Veterans Memorials, one in Candor and one in Nichols.

Dick Zavatto led the Candor movement with support from dedicated Candor residents and all the necessary approvals. The beautiful memorial constructed by Richards Monument Service was dedicated on Memorial Day.

Located in Maple Grove Cemetery. The memorial includes a black granite stone monument and benches for seating at the base of the flagpole area.

These words inscribe the monument, “In honor of all who served from the Town of Candor in the military forces of the U.S.A. in war and peace to defend and preserve our freedom and in loving memory of those who gave the ultimate sacrifice.”

Emblems from the six major branches of service are displayed on the monument to include the Coast Guard, Air Force, Army, Marines, Navy and Merchant Marines.

In Nichols, Girl Scout Adeline Whitmore keyed the memorial project for her Girl Scout Gold Award because she wants to give something to the community. Adeline teamed with fellow Girl Scout Veronica Ricketson to clean up Asbury Cemetery next to the former Asbury Church now used by the Kirby Band on West River Road. The cemetery has graves of settlers from the 1800s including Revolutionary War soldiers.

Before Veterans Day 2018, Waverly posted 115 Hometown Hero vinyl banners. This year 80 more were added. Originator and coordinator of the salute to veterans is Bonnie Young, owner of Becky’s Diner, Broad Street, Waverly. Her motivation came from family members being in the service.

Girl Scout Ambassador Veronica Ricketson chose Hometown Hero Banners for her Gold Award – the highest award a Girl Scout can achieve. The banners are up for Veterans Day 2019.

Danielle Ingram, president of the Veterans of Modern Warfare, will report on the successful Gold Star Mothers reception held in the VFW. She’ll also divulge her efforts to designate Rt. 17C from the Broome County to the Chemung County line as Gold Star Families Memorial Highway. Gold Star Families have lost a son or daughter while serving in the U.S. military.

Troop 60 Eagle Scout Ryan Trenchant will show his Fallen Hero project that earned him Scouting’s highest honor. It included GPS locations of all Fallen Heroes in Tioga County – extremely helpful for Wreaths Across America in Tioga County in mid-December, when a Christmas wreath is placed at the gravesite.

Newark Valley Historical Society – for the 14th year in a row – will honor Northern Tioga County veterans, widows and spouses at a free dinner at 4 p.m. on Veterans Day, Monday, Nov. 11, at the Newark Valley Fire Station. Veterans from Richford, Berkshire and Newark Valley areas attend. Contact Marcia Kiechle at 642-8967 for more information.