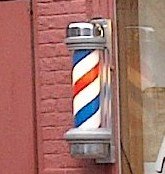 Instead of closing Andy’s Barbershop in Owego on Monday, Oct. 21 for a normal day off, Andy and Matt Romano will instead spend their time cutting hair for charity.

From 8 a.m. to 5:30 p.m. the Romano’s fundraiser will benefit the Tioga County Boys and Girls Club, with all money from every haircut helping to fund the programs that aid 350-500 local children.

“The community has supported our family for 50 years so there is nothing better than giving back,” stated Matt Romano, adding, “The Boys and Girls Club is a great organization in Owego, as a kid I went there and did many programs.”

One of the oldest barbershops in America, Andy’s has, in one form or another, been in business since 1855. Matt, who took over the business from his father Andy four years ago at their 26 Lake St. location, said that all haircuts during the fundraiser would cost at least $1.25 in honor of his father’s 50th year cutting hair at Andy’s.

“That’s how much my father charged for a haircut when he first started,” Andy said.

He added that if customers want to pay more for a haircut they can, or if they just want to donate money without getting a haircut that is an option as well.

Matt added, “Don’t let it stop you from coming down if you don’t need a haircut, because there are other things to do and its always fun to be at a barbershop. There are always great conversations going on and if you have never been here before come down and meet us.”

Along with haircuts, food from local Owego businesses will also be available free of charge.

“There will be local food and coffee so if you have never tried Owego Kitchen Coffee it’s great,” said Matt. There will also be Fuddy Duddys’ cookies and pizza from Original Italian Pizza and Mario’s Pizza later in the day.

There will also be prizes and giveaways, he added.

Ken Hensen, director of operations for the Tioga County Boys and Girls Club, said that he has already heard from multiple people throughout the community that they are putting off getting a haircut until the 21st.

“I think that is pretty cool that word is out in the community,” Hensen said.

“It is fundraisers like this that help make it all possible; a lot of our funding comes from local sources,” Hensen said.

Hensen added he was especially grateful, considering the Romano’s will be working on what would normally be a day off for them.

“It speaks volumes that they are willing to do this on their day off. Kudos to these guys, it’s pretty nice,” said Hensen.

Along with helping the local Boys and Girls Club and honoring his father’s 50th year at Andy’s, Matt said it was important to him to promote other local businesses at the same time by only using local food.

“It’s amazing that with small business in Owego we all work together. It’s part of being a community, all the businesses work together because it’s not a competition, it’s how can we bring more business to Owego together,” Matt said.

He added that if someone from outside Owego comes to eat at a restaurant they might stop for a haircut, or vice versa.

“When other local businesses bring in people it is good for all of us,” Matt said.

Be the first to comment on "Haircuts for a ‘cause’"