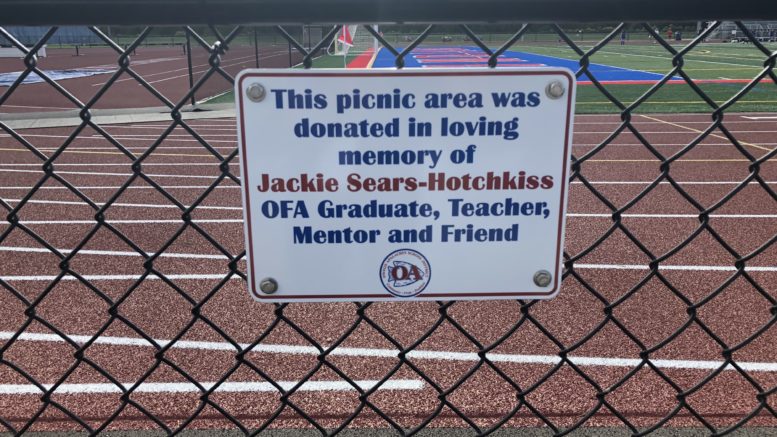 The new picnic seating area inside Christy J. Valvo Stadium, at Owego Free Academy, was created through a donation from Toni Jo Katchuk-Richards in memory of her cousin, Jacqueline “Jackie” Sears-Hotchkiss.

Jackie, who passed away in 2016, was an Owego Free Academy graduate and spent 35 years working for the Owego Apalachin Central School District.

She began her career working at the Washington Gladden School and then moved to the Owego Apalachin Middle School on Elm Street as a Physical Education teacher.

The seating area features four round picnic tables with umbrellas and offers a great spot to sit with family and friends during stadium events.