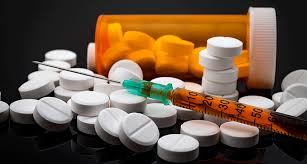 After months of investigation and the involvement of multiple agencies, a Tioga County Grand Jury had indictments placed on 10 individuals from across New York and Pennsylvania for the sale and distribution of methamphetamine and heroin in Tioga County, according to the Tioga County District Attorney’s Office.

One of the individuals was from Athens while six were from Waverly, New York.

Taurus R. Bartlow, 28, of Athens was charged with a two-count indictment after selling methamphetamine in Waverly.

The three remaining individuals being 34-year-old Michael Champlin from Eldbridge, 35-year-old Jessica Forsythe from Corning and 26-year-old William McClintic Jr. from Monroeton, all were indicted for methamphetamine related incidents.