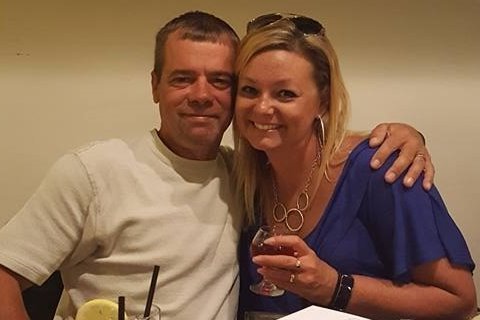 Governor Andrew M. Cuomo signed legislation (S.4915A/A.7696-A) last week naming a portion of the State Highway System in Tioga County in honor of Dennis “Matt” Howe, a New York State Department of Transportation Region 9 employee who lost his life while on the job. The legislation designates a portion of State Route 17 in the Town of Nichols as the “Dennis ‘Matt’ Howe Memorial Highway.”

“Matt Howe was a dedicated New York State employee and a beloved husband, father, son and colleague who tragically lost his life while serving the Empire State,” Governor Cuomo said. “By designating a portion of State Route 17 in Mr. Howe’s name, we will help ensure his service to the state will be honored for decades to come.”

On March 13, 2019, Dennis “Matt” Howe was parked on the shoulder of Route 17 with his lights flashing, alerting motorists to a road repair crew just down the road. A tractor-trailer driver who failed to move over struck Matt’s truck, fatally wounding him. He passed away on March 18, 2019. He left behind numerous family members, friends and colleagues.

The section of State Route 17 where the accident occurred will be renamed to memorialize and honor Mr. Howe.

New York’s Move Over law requires motorists to drive with care, slow down, and safely move over when approaching law enforcement vehicles, fire trucks, ambulances, tow trucks, construction and maintenance vehicles that are stopped along roads across the state.

New York’s Move Over law was enacted in 2011 to protect New Yorkers working along the roadway and has since been expanded to include a wider range of emergency and hazard vehicles.

New York’s Move Over law was expanded in July 2016 to include volunteer firefighter and ambulance workers, previously applying only to law enforcement, emergency or hazard vehicles. The law now applies to vehicles with flashing blue, green, red, white, or amber lights. The expanded law gives law enforcement more authority to penalize violators who jeopardize the safety of those working along the highway. Motorists must exercise due care on all roads across New York State, and if it is safe to do so, move over one lane to provide adequate space for the vehicles and personnel working on the side of the road. On Nov. 1, 2016, the Move Over law was further expanded to include sanitation vehicles such as garbage and recycling trucks.

The Governor’s Traffic Safety Committee produced a Public Service Announcement (https://youtu.be/74SgAZv89wE) in 2016 that continues to play across New York State, encouraging motorists to move over for law enforcement, highway workers, and other impacted entities.

Despite the change to the law and efforts to educate motorists, State Police continue to ticket those who violate the new law. In the past three years, over 38,000 tickets were issued.

The Move Over law applies to both sides of the roadway, not just the shoulder on the right, and motorists caught in violation can face two points on their license and a minimum $150 fine for the first offense.

Senator Fred Akshar said, “Matt Howe was loved and respected by so many across our community and across the DOT family of men and women dedicated to making our roads safe. While nothing can undo this tragedy, we must come together and ensure that Matt’s memory and legacy remains a part of our community and a reminder to all to take extra care on our roads and highways to prevent future tragedies from taking place.”

Assembly Member Christopher S. Friend said, “It is unfortunate that tragic events are our strongest reminders of our responsibilities to one another. May this memorial help remind all drivers to carefully slow down and be vigilant of those maintaining and protecting our roads.”