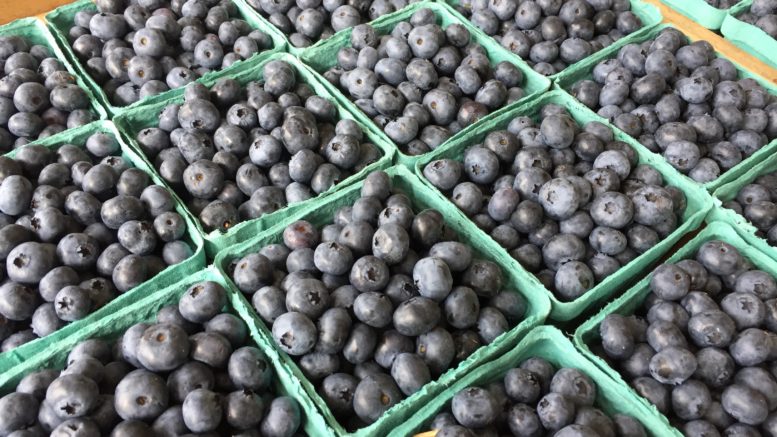 The Berkshire Blueberry and Book Festival, planned for July 20 in and around Berkshire, will welcome two local authors who are both well known to the area; Candor historian Carol Henry and former Owego librarian Karen Bernardo.

Karen Bernardo of Vestal has been writing all her life. Sometimes it was part of her job; she worked for the Broome Pennysaver and Vestal Press in the 1980s and 1990s, and later served as director of the Coburn Free Library in Owego. Sometimes writing was a hobby; her children’s story, Warren Lee, appeared in a 1990 anthology published by the Institute of Children’s Literature for use by its students.

But after she was diagnosed with colon cancer in 2014, writing became her lifeline.

Since then, Karen has published three cozy mysteries, The Perfect Spin of a Rifle, The Perfect Cake for a Lady, and The Perfect Saint has a Secret. All three are available at Riverow Books in Owego and Shops of 607 at the Oakdale Mall as well as Amazon.

A fourth mystery was put on hold this spring while she self-published a book with her five-year-old grandson, Michael Hrobak.

“Michael thought up the idea for the plot, more or less, and I turned it into a story and illustrated it,” Karen stated. Another of Michael’s story ideas is in the works, and Karen hopes to show other families how to publish books with their children, too.

Karen will be reading from her mystery novels as well as the Michael series at the Festival at 1 p.m. She’ll be available to sign books and chat with book-lovers all day, and hopes to see you there!

A world traveler, Carol has written for several major cruise lines’ deluxe in-cabin books, and Porthole Cruise Magazine, but also takes great pleasure in weaving her own adventures with her ‘characters’ in her novels. Her ‘Connection’ series novels includes: Amazon Connection, Shanghai Connection, Rio Connection, and Cairo Connection – although her more contemporary novels, such as her Lobster Cove series (Juelle’s Legacy, Breakfast with Santa, and Nora’s Redemption) has a few snippets from her travels, as well.

As a New York State Historian for the Town and Village of Candor, she has written several history books on Candor, N.Y., and will also have them available along with her recently released romance novels.

Carol teaches creative writing workshops, has been a speaker at various venues, is a member of Romance Writers of America®, and is a member of Published Authors Network. She is also a member and past president of RWA’s local chapter, STAR, Southern Tier Authors of Romance, and is the president of the local Write Now Writers’ Group. Visit Carol’s website at www.carolhenry.org for more information.

Other authors scheduled to be on hand include Linda Crowley and Eileen Morock, who were at last year’s festival; and Jerry Marsh and Charles Yaple.

The festival will take place on July 20 at the Berkshire Fire Station, Community Hall, and library all located at the corner of Route 38 and Jewett Hill Road. Enjoy blueberry pancakes starting at 7 a.m., a Chicken BBQ at noon, music and art show, classic cars, kids activities, over two dozen vendors, and much more.

Be the first to comment on "Berkshire Blueberry and Book Festival welcomes local authors, Carol Henry and Karen Bernardo"