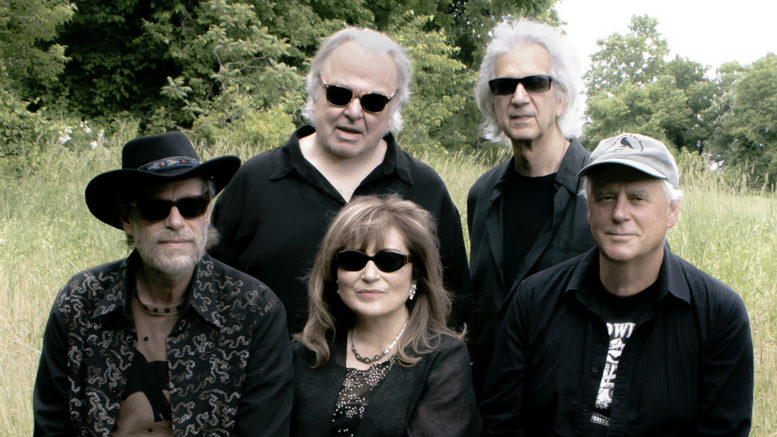 Pictured, Professor Louie & The Crowmatix will bring their energy to the Courthouse Stage on Friday, June 14, at 8 p.m. and during the Strawberry festival Block Party in downtown Owego. Provided photo.

Grammy nominated band, Professor Louie and the Crowmatix, will be bringing their energy to the Courthouse Square during this year’s Strawberry Festival. The performance is slated for 8 p.m. on Friday, June 14, on the Courthouse Stage and will be capped off with fireworks, sponsored by Royal Automotive, and an All-Star Jam.

So ditch your box-wine, AstroTurf, Cheez Wiz tribute bands! Connect to the spirit of Woodstock and the greatest performers of that or any other generation. Professor Louie and the Cromatix are original, creative and still playing on stage with undiminished passion of the Woodstock Festival.

Aaron “Professor Louie” Hurwitz, nicknamed by The Band’s singer and bassist Rick Danko, was responsible for The Band’s return in the 90’s, performing, engineering, and co-producing the CD’s Jericho, High on the Hog, and Jubilation. Yes, The Band who toured with Bob Dylan and played a ten-song set on day three of the Woodstock Festival 50 years ago on Max Yasgur’ farm in Bethel, N.Y.; the event we celebrate here with the 39th annual Strawberry Fest in Owego.

“I’ve never been so impressed by a band–this is the best live band in the country right now and they have such a deep heritage in blues and rock and roll.”  –Jeff Wignall – WPKN Bridgeport Music Director

The Cromatix’s singer and guitarist, John Platania, first hit the charts one year after Woodstock – playing on Van Morrison’s original 1970 recording of Moondance and later on Domino.

His collaboration with Morrison continues to this day.

Platania has been a go-to musician for other masters and collaborated with Chip Taylor whose writing credits include classics Wild Thing and Angel of the Morning.

Not to be outdone, drummer Gary Burke, after a four-year stint as the drummer for the Radio City Orchestra in New York City, performed with Bob Dylan’s Rolling Thunder Review and recorded and toured extensively with Joe Jackson.

Singer and percussionist, “Miss Marie” Spinosa, has performed and recorded with Levon Helm, Rick Danko and Garth Hudson, and was an integral part of Mercury Rev’s Gold Album – Deserters Song.

Frank Campbell (bass and vocals) was Levon Helm’s music director with the Woodstock All-stars, touring the USA, and performed and recorded with Steve Forbert on tour.

“All the best parts of great music are on display with Professor Louie & The Crowmatix. It’s clear these folks are driven to match the all-time greats.” –Cash Box

Be the first to comment on "‘Straight outta Woodstock’"