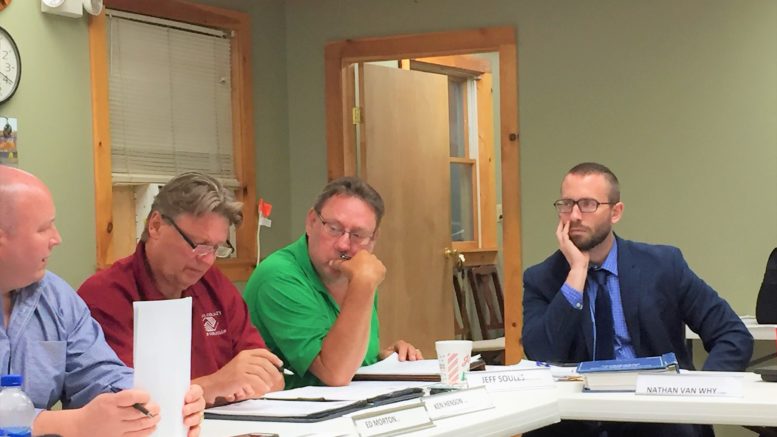 From left, Ed Morton, Ken Henson and Jeff Soules discuss appointing a code enforcer as well as the police chief position at Monday’s village board meeting as the village attorney looks on. Photo by Jacob Elsbree. 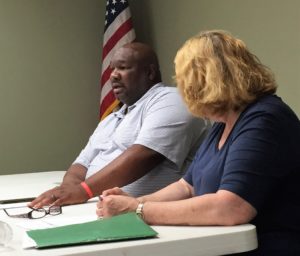 On a rainy Monday evening, July 2, the Village of Owego voted 6-0 to assign Sgt. Joseph Kennedy as interim chief of the Owego Police Department.

The executive meeting was called in order to get out of the “emergency position” of not having an official chief, as Charles Platter, department head of the police, put it.

The interim position will last two weeks, during which time Kennedy’s qualifications will be checked to assure he is fit for the position. Although, some members of the board predict that Kennedy will become the full-time chief once his qualifications are clear.

Also, at the meeting, Charles Beeman was appointed as a part-time code enforcer starting July 9.

“We are anxious about filling the police chief and code enforcer position,” said Ken Henson, department head of fire and EMS.

Before the meeting agenda began, Charles Platter held a moment of silence for State Trooper Nicholas Clark, who was shot and killed while on duty on Monday.

Be the first to comment on "Interim Owego police chief appointed"