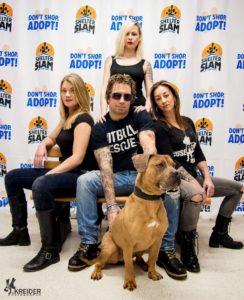 The event, which has grown in popularity, and supports various rescue organizations, kicks off at 1 p.m. and will feature close to 20 bands on two different stages. The doors open at noon.

Admission to the event is $13, with the proceeds benefiting several rescue organizations to include Pibbles and More, the Binghamton Humane Society, Willows Wings, S.P.E.A.K., Every Dogs Dream, and more. You can also donate an equivalent amount of pet food in lieu of the admission fee. 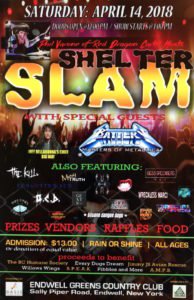 Also, for the April 14 event, will be a special celebration for one of the volunteers for Shelter Slam, Heather Black. Black, along with her fiancé, Kevin Hill, will be tying the knot on stage.

The event will be held rain or shine, and is open to all ages. There will be vendors, raffles, food and prizes.