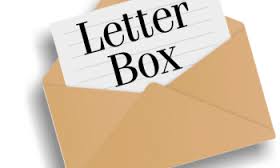 Our Democratic Party fails as leaders, especially for our children. Can you imagine coaching a little league team that loses and then leads their team and its fans in attacks on the winning team?

These actions have no place in America’s playbook. We are supposed to be Americans first and then politicians. Wake up, wealthy Dems, and support a country run by the people.

Your candidate gained their wealth from the backs of our citizens. Our candidate earned his wealth by working, and isn’t accepting a salary. He is also working 15-hour days, striving to make our country great again.