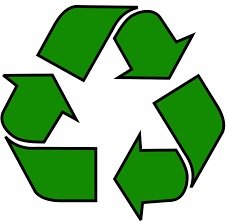 Tioga County has provided residents with countywide curbside recycling collection since 1992. In June of 2020, Tioga County went out to bid for this service and the lowest bid came in at more than double the current rate.

Due to this rate more than doubling, the county could not increase taxes without exceeding the NYS mandated 2% tax increase rate cap. The tax cap is important to stay under, because other county programs rely on the funding that is tied to staying under the cap. Staying below the cap also drives the property tax relief check that residents may receive from New York State.

Recycling is not going away, however. Residents are still required to recycle. What is going away is the “RECYCLE” tax levy on your County tax bill and the county contracting for curbside recycling.

As of Dec. 31, the county curbside recycling contract with Taylor Garbage will come to an end. Residents are required to contract with a private hauler for recycling pickup starting Jan. 1, 2021.

Two new businesses have opened and the county announced four options for Tioga County for curbside recycling only, as well as curbside trash and recycling collection.

Casella, at (607) 358-7771 provides only curbside trash and recycling collection in Tioga County.

According to Taylor Garbage, starting Jan. 1 residents will no longer be allowed to drop recycling off at their transfer stations, only trash. Residents were originally told that they would be able to drop recycling off at one of the transfer stations in the County based on information from the New York State Department of Conservation; however, NYSDEC came back later and said this is not the case.

Be the first to comment on "Curbside Recycling Changes"