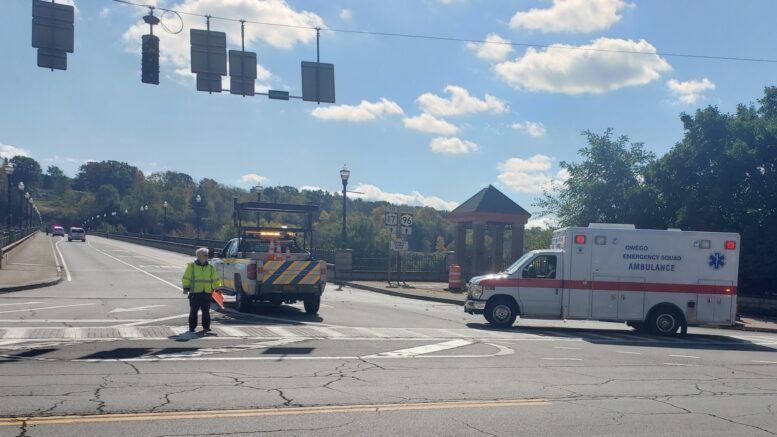 On Tuesday, police responded to an emergency call at the Court Street Bridge in Owego, N.Y. The bridge was closed, temporarily.

On Tuesday, Oct. 6, the Owego Police Department responded to several calls reporting a male on the Court Street Bridge who appeared to be getting ready to jump.

According to the police, when officers arrived on the scene a 26-year-old male had climbed over the fencing and was standing on the outer edge of the bridge.  The male indicated that his intention was to jump.

The Court Street Bridge was closed to all traffic while the incident was ongoing.

Police reported that after approximately an hour of negotiation, the male subject was safely taken into custody and transported to Binghamton General Crisis Center for evaluation.

The Owego Police Department would like to thank all departments who assisted in bringing this incident to a safe conclusion.