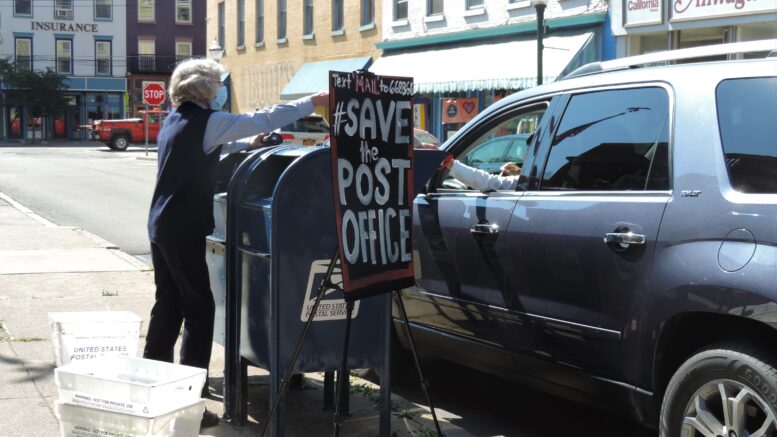 After gathering mail from the Lake Street postal boxes on Aug. 22, an Owego USPS worker takes a letter from a customer passing by in their vehicle. (Photo by JoAnn R. Walter)

Residents, local business owners and village officials gathered on Aug. 22 at the Owego USPS on Lake Street for the nationwide Day of Action event, “Save the Post Office Saturday.”

In cities across the United States, members of multiple organizations, including MoveOn, worked to bring together tens of thousands of individuals in more than 800 separate gatherings across the country. 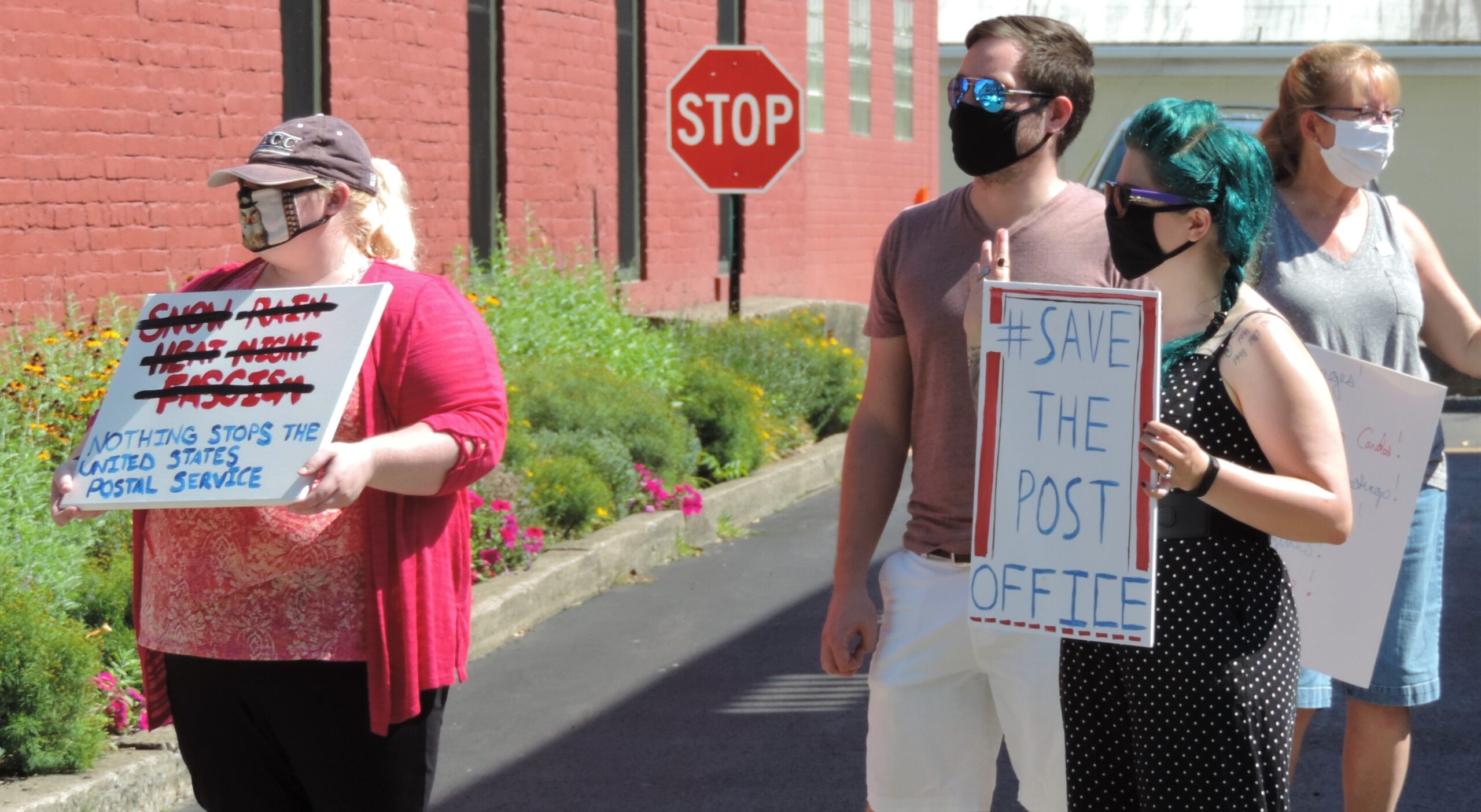 Individuals participating in Owego on Aug. 22 in support of the nationwide Day of Action event, “Save the Post Office Saturday,” hold signs and wave to vehicles passing by the USPS on Lake Street. (Photo by JoAnn R. Walter)

According to MoveOn, the Day of Action was formed to, “Create solidarity between postal workers and communities across the country whose well-being and livelihoods depend on the Postal Service.”

Groups involved shared that the new Postmaster General, Louis DeJoy, has implemented several changes that have impacted processes and services. For example, schedules have been modified, and sorting machines and other equipment have been dismantled and eliminated.

Concerns at the events focused on protecting the Post Office so that mail, medications, ballots, and other necessary items can be delivered without interruption. According to the USPS, 472.1 million mail pieces are processed each day and service 47 million rural homes.

“Indivisible Binghamton” was one group, locally, to participate, as were members of “Owego For Equality” in Owego.

Luca Iorga and other organizers of the Owego event stated that the Day of Action was not about right versus left, but instead about joining together to defend a service that all Americans need. 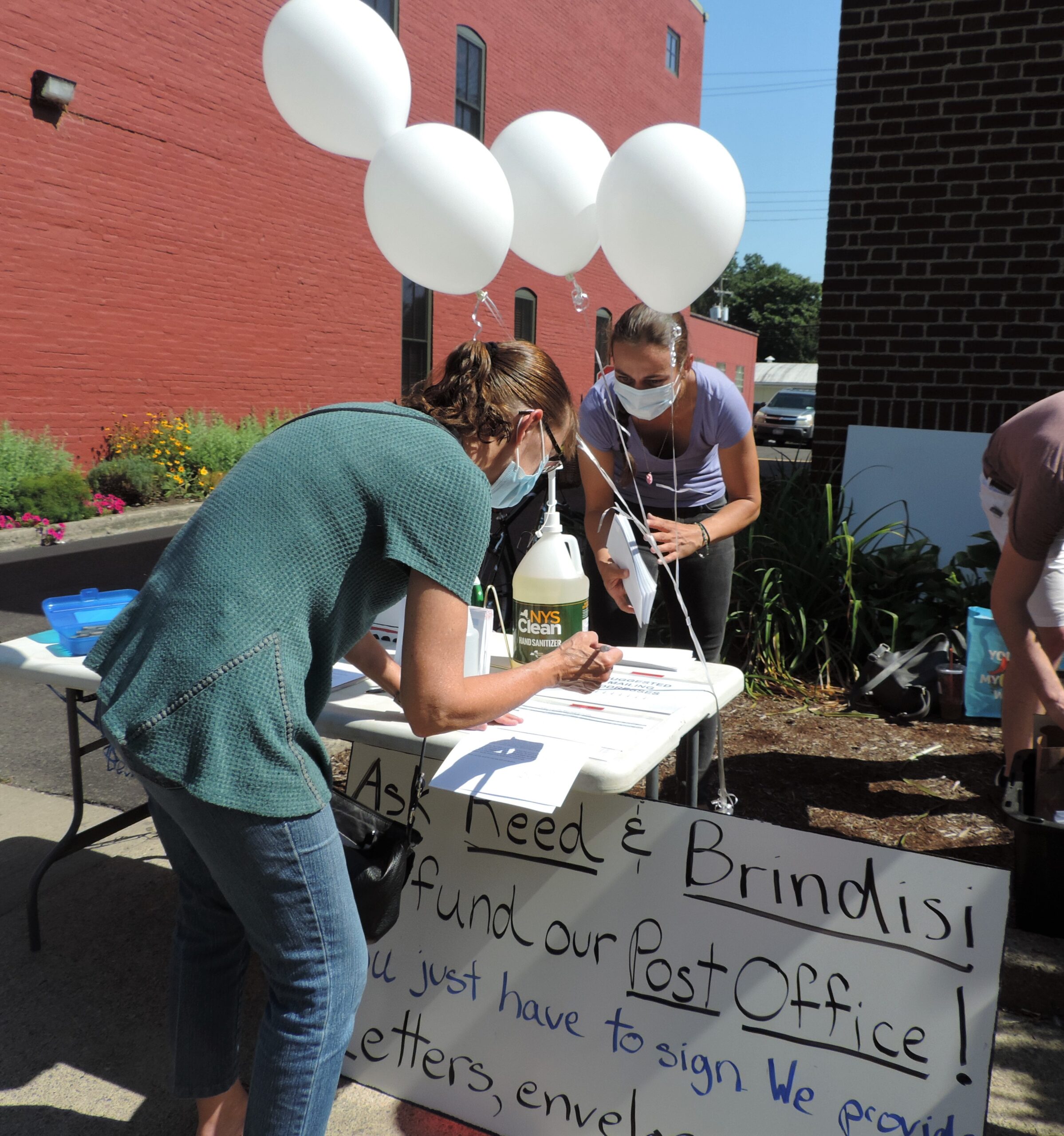 A woman signs a letter to be sent to elected officials in support of funding for the United States Post Office. (Photo by JoAnn R. Walter)

A press release by the organizers read, in part, “The USPS employs hundreds of thousands of essential workers of which a disproportionate number are veterans, and consumers and businesses entrust on their effective and reliable system to deliver vital resources for our economy.  The USPS is facing an uphill struggle due to recent changes, budget shortfalls and COVID-19.” 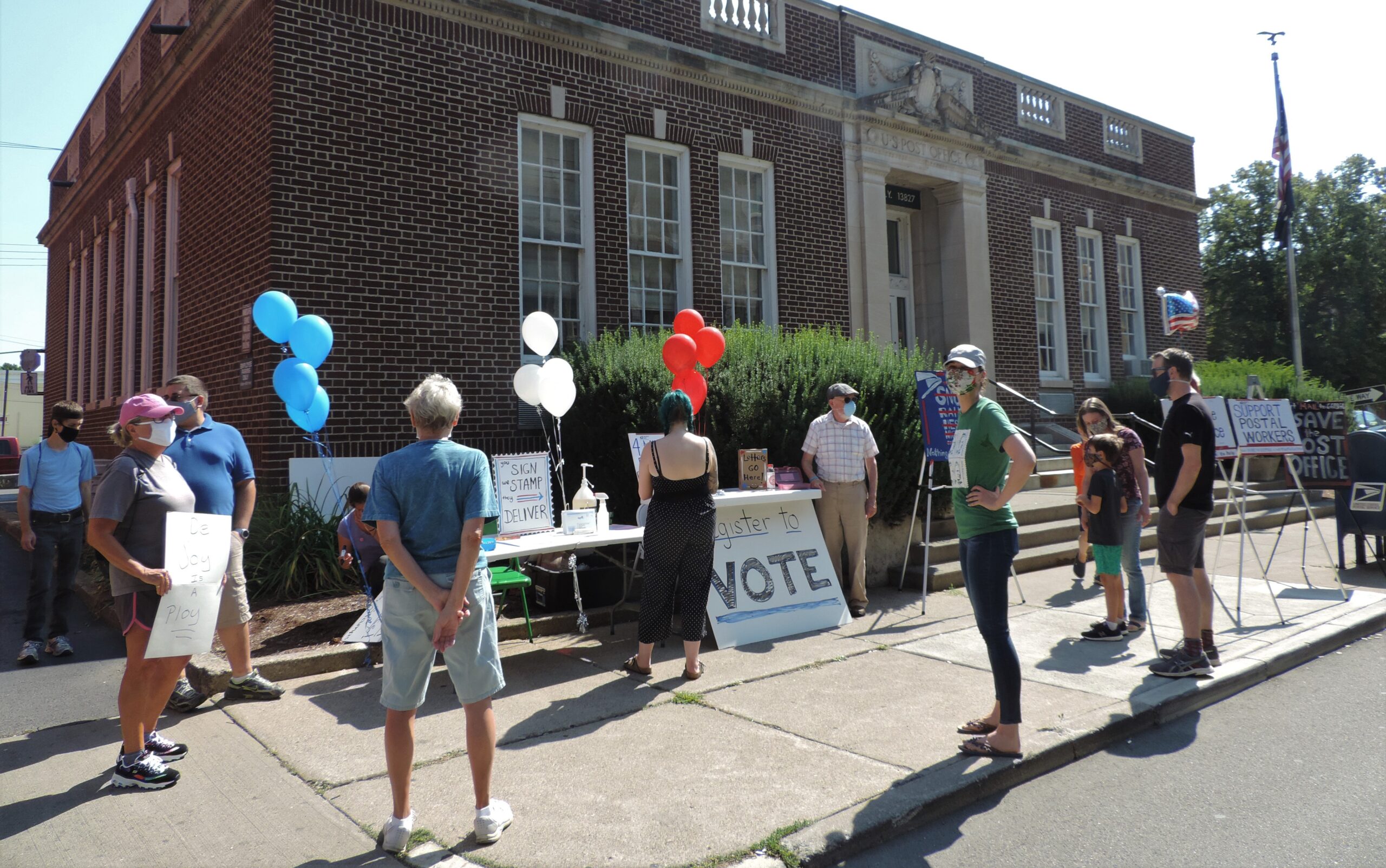 Individuals participate in Owego on Aug. 22 in support of the nationwide Day of Action event, “Save the Post Office Saturday,” gather outside the USPS on Lake Street. (Photo by JoAnn R. Walter)

Laura Eberly, a Village Trustee and local business owner, remarked, “No matter if you live in a major city or a rural area, everyone is feeling the effects of this,” and added, “The changes affect all businesses, workers, agriculture, and more.”

Civic engagement was encouraged at the event, such as purchasing stamps at the counter, along with signing a pre-written letter to public officials and registering to vote. For those who chose to sign the letter, it was to be forwarded to congressional representatives and cited several examples of how changes made within USPS will affect citizens who rely on the post office, while also putting the spotlight on voting by mail for the upcoming presidential election. 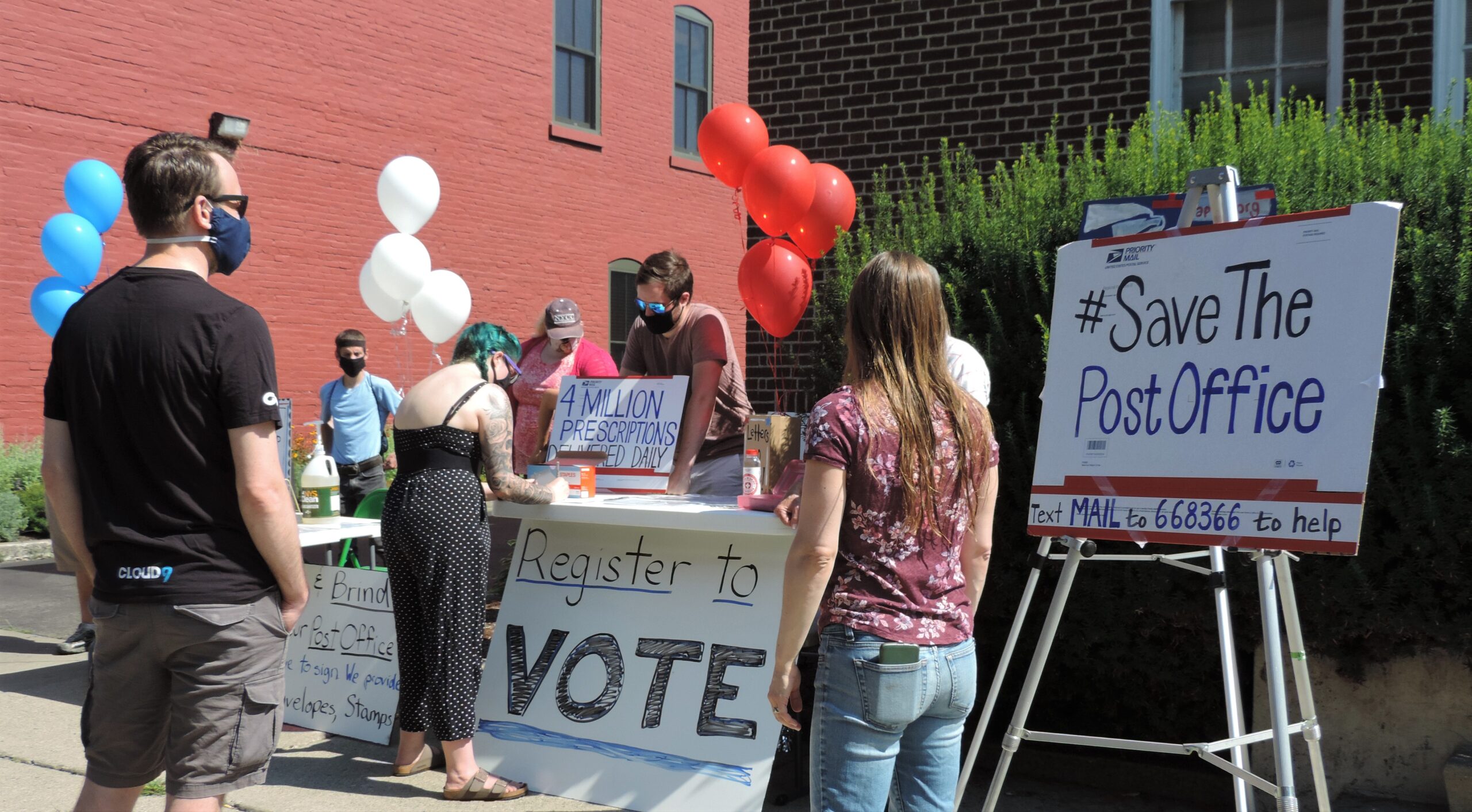 Individuals gather on Aug. 22 outside the USPS in Owego for the nationwide Day of Action event, “Save the Post Office Saturday.” Voter registration forms were made available, along with a letter in support of USPS services to be sent to elected officials. (Photo by JoAnn R. Walter)

Eberly pointed out that Owego has a special connection to the USPS, and explained that a quarter of the world’s letter mail is sorted by systems made by Lockheed Martin’s Owego facility. Lockheed Martin was selected in late 2017 to provide next generation package processing systems for the USPS known as EPPS or Enhanced Package Processing Systems.

The House of Representatives has since passed a bill that would give $25 billion in emergency funds to the USPS, and with focus on reversing recent cost-cutting operational changes.  It is now up for consideration in the Senate.