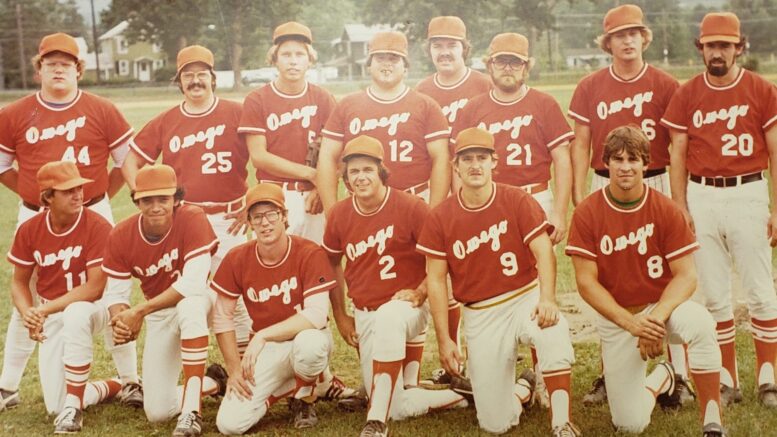 Imagine, if you will, a time when there was no ESPN, there were but a half dozen television channels and people actually went outside to watch baseball games.

Fans of the Owego Town Team (a member of the Southern Tier Baseball League) would show up by the dozens, packing coolers, lawn chairs and a love for the Great American Pastime.

Those fans actually saw some decent baseball, as many of the players were area high school stars, some played college ball and one – David (Peanut) Signs – played Minor League baseball, and given the games were all played within an hour, the fans often road-tripped.

I had been watching – and looking up to – the Town Team players since I was a Little Leaguer, and I hoped to make the cut when my Owego Free Academy (OFA) and Legion baseball days were behind me.

I had seen plenty of games – like the one in which 55 year-old Barney Worthing grabbed a glove and filled in, flashing some slick leather infield in support of his son John, the team’s preeminent pitcher.

Pat Panetti once took the field in a town team jersey while also wearing blue jeans and penny-loafers; and Jim “Swamper” Boudreaux and Vic Hooker were always willing to trade in their status as Super Fans to play if needed. 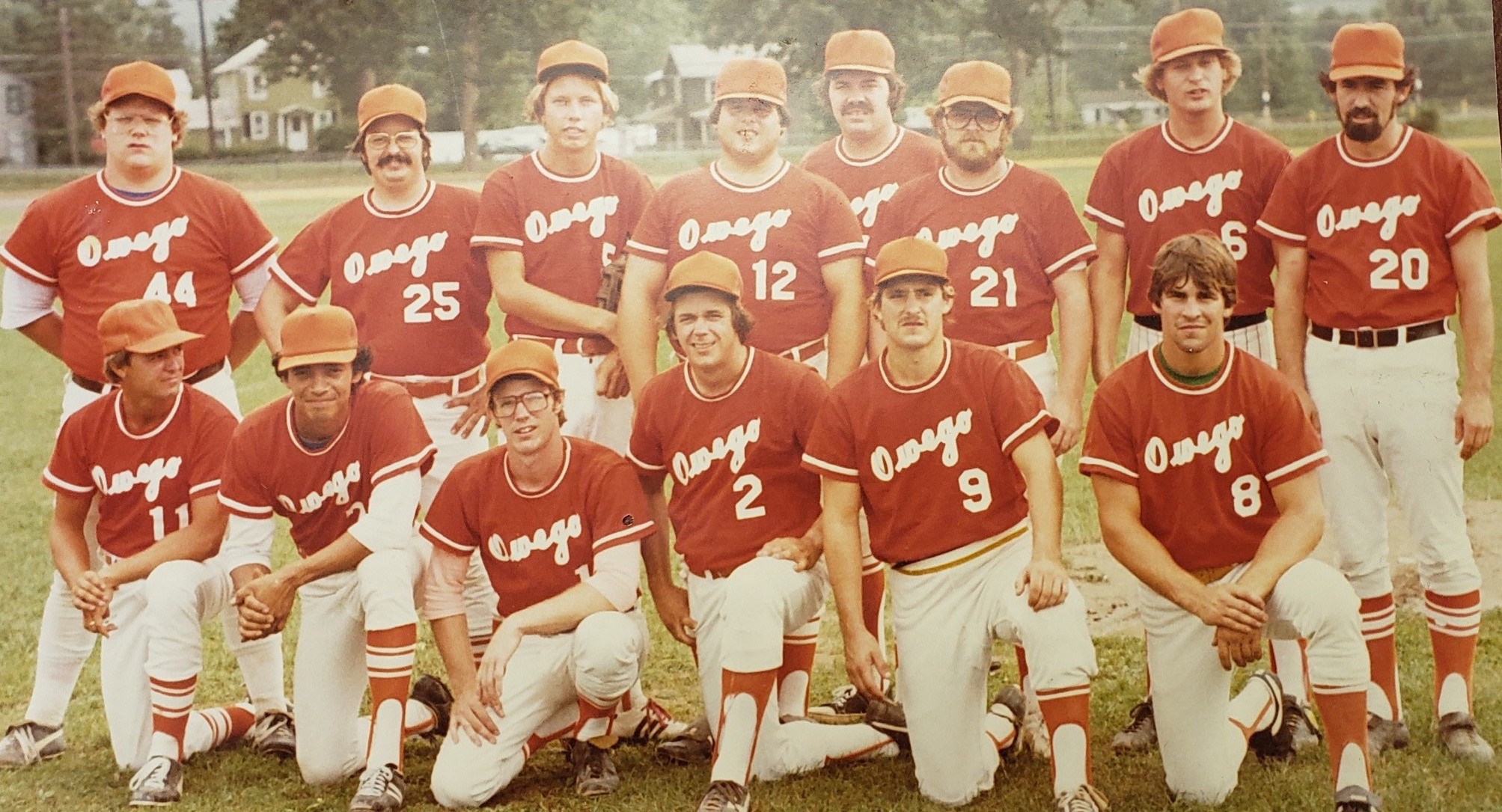 Donnie Eiklor was a mainstay, Bobby Harris, and Bobby Rieg. The sponsors were Joe and Louise McTamney from the Parkview, and we collectively (and happily) invested in their financial future after every home game, if you know what I mean.

I made the roster in 1975, and loved every minute of every game. After four seasons I temporarily relocated to California to do some schooling, and in 1979, I sat out the baseball season for the first time since I was six. It was painful.

I came back in 1980, and the roster featured a few rookies and several veterans.  (That word carries a double meaning, as David Signs, Ralph Tapia and Bobby Lyons had all completed tours of duty in Vietnam.)

Signs was the solid shortstop, Tapia was smooth at third base, Lyons platooned with rookie Kerry Mason at second, and Herbie Hall played a lot of innings at first base. I roamed the outfield with rookie Charlie Wiles, and lefties Andy Kresky and Worthing played out there as well when the other was pitching.

This is where the story takes a sad turn. I had planned to write this story to celebrate the 40-year anniversary of that unforgettable 1980 season, but I did not know until a few days ago that the story would double as a memorial tribute to Mike King, our catcher – and, by a tape-measure home run – the team’s most colorful character.

“Kinger” was a star in Little League and Teener League, but when it came to school ball – hell, to school for that matter – he had, shall we say, other priorities.  We would have loved to have him with us on JV, Varsity and on our Legion teams, but he took a few years off and returned to play Town Team, starting in 1975, when he was 18.

By the time 1980 season got underway, Kinger had his hands full. Worthing – who was a 3-time All-SUNYAC pitcher at Cortland – was 29 years old, but he was a wily and crafty veteran. He kept everyone off balance, including his catcher.

“Kinger was easily distracted,” Worthing recalled. “I often had to tell him to quit jawing with the opposing fans, and turn around and call the next pitch.”

Kresky (who had numerous no-hitters at Wilkes College and was still bringing 90 mph heaters) said, “Kinger never played in high school or college, but he was as good as any catcher I ever had.”

He laughed, and added, “My two best memories of him involve Little League, and a town Team game.  I had never given up a home run in Little League and some kid named Mike King came up. I had never heard of him, and he hit a monster home run over the railroad tracks at Nick Raftis Field. My other memory – from Town Team – is when he called for a curveball, I threw a fastball and it crossed him up. When that happened, the ball usually hit the umpire or the backstop, but Kinger caught it with his bare hand. I had never seen anything like it.”

Many recall a few of those “I had never seen anything like it” moments related to Kinger’s home runs. He would show up for a noon game at 11:30, we’d try to get a few Mountain Dews in him, and he’d strike out embarrassingly once or twice, then wake up and hit a jaw-dropping bomb.

One went over the horse track and landed on the roof of the pavilion in Owego, one nearly cleared the trees in Spencer, and one went into the river on the fly in Greene. They were all Major League home runs, without a doubt.

In 1980, it all came together. We went through the first half of the season undefeated.  We beat Richford, Whitney Point, Spencer and Greene, and in the large 4th of July game in Candor we beat the home team, which was stacked with Ithaca College players. We ran the table the second half, and then beat Greene in the semifinal and Candor in the final, to go 12-0. We played an exhibition game in Greene, during their big Labor Day festivities and we beat them again to make it 13-0. We did not know yet, but the league would fold after the following year.

And here we are, 40 years later. Some of us get together to remind one another how awesome we once were, and we would drink a toast to Swamper, Vic and Donnie, who had all been called up to “the Big League in the Sky,” and now Kinger has joined them.

Keep the bench warm, boys. We’ll all catch up someday.