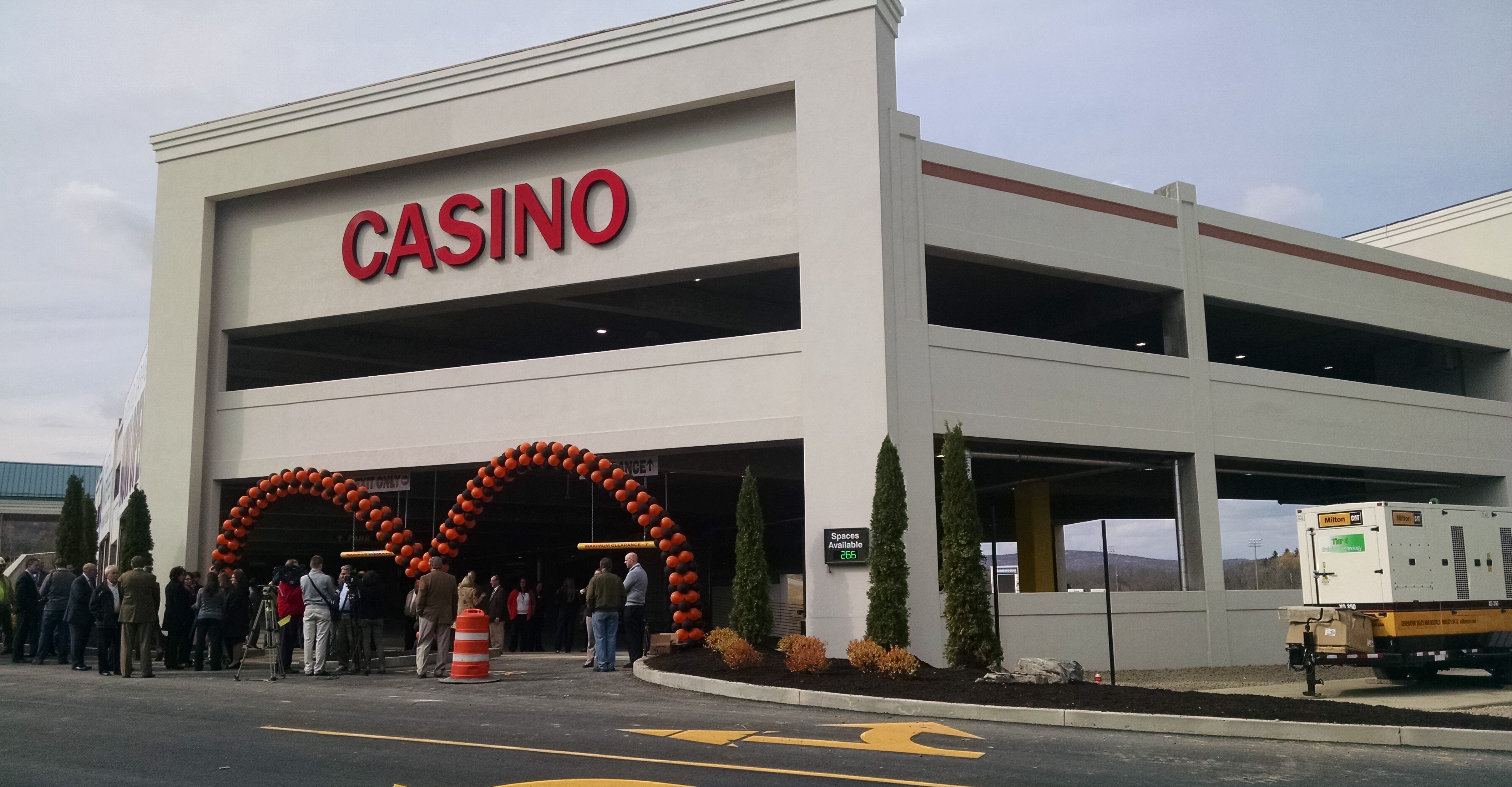 On Oct. 31, 2014, dignitaries and members from the media gathered at Tioga Downs in Nichols, N.Y. to celebrate the opening of their brand new parking garage. The parking garage, according to Jeff Gural, CEO & Chairman of American Racing and Entertainment and owner of Tioga Downs, represented the completion of Phase One of Tioga Downs’ expansion project. (Photo by Wendy Post)

On Oct. 31, 2014, dignitaries and members from the media gathered at Tioga Downs in Nichols, N.Y. to celebrate the opening of their brand new parking garage. The parking garage, according to Jeff Gural, CEO & Chairman of American Racing and Entertainment and owner of Tioga Downs, represented the completion of Phase One of Tioga Downs’ expansion project. (Photo by Wendy Post)

In a report published by the Times Union in Albany on Tuesday, Jan. 6, it was noted that the State’s Gaming Commission was “reviewing” a Dec. 26, 2014 request made by Governor Andrew Cuomo to consider awarding a fourth casino license to the Southern Tier.

New York’s Gaming Commission Chairman Mark D. Gearan, on Jan. 9, 2015, stated, “My fellow Commissioners and I have reviewed the Governor’s Dec. 26, 2014 letter asking the Gaming Commission and the Gaming Facility Location Board to consider issuing a new Request for Application for the fourth and remaining gaming facility license in the Southern Tier.”

In that same statement, Gearan noted he has spoken with the Gaming Facility Location Board Chairman Kevin Law and told him the Commission looks forward to working with the Board on this matter.

Gearan further continued, “We are grateful for the diligence and professionalism of the Gaming Facility Location Board and their impressive commitment to public service. The intent of the gaming statute was to benefit economically distressed Upstate areas experiencing high levels of unemployment. Clearly, the Southern Tier meets this criterion. A process to generate new proposals focused on the Southern Tier may create an additional opportunity to identify an appropriately structured and capitalized gaming facility that could bring the region important economic development and employment.”

For Gary A. Greenberg, minority owner of Vernon Downs Casino and Hotel and gaming expert, this announcement left him optimistic as Vernon Downs, which is subsidized by Tioga Downs, also has a stake in any decision made by the Commission.

In a statement on Friday, Greenberg stated, “The announcement by the Gaming Commission and the Gaming Facility Location Board that they will be meeting to discuss Governor Cuomo’s letter asking the board for a Request for Application for a fourth casino license in the Southern Tier is an important step in bringing a casino to Tioga Downs.”

Greenberg added, “The location board has the opportunity to help a region that is desperately in need of an economic spark. Tioga Downs and its sister track, Vernon Downs, have raised hundreds of millions of dollars in revenue for New York State. The survival of both Vernon and Tioga hinges on Tioga becoming a full casino.”

On Dec. 17, the commission’s Gaming Facility Location Board recommended three casino gaming licenses be awarded in New York State versus the four that was originally built into Proposition One, which allowed voters to approve this type of gaming in New York State to begin with.

The Proposition passed in the “true” Southern Tier region; but was defeated in the area, Tyre, N.Y., where the license was granted.

The two other contenders in the Southern Tier vying for a full casino license, who had many dollars and a lot of time at stake in its application, were Jeff Gural, owner of Tioga Downs and the Walsh family, owners of Traditions at the Glen; so the selection of Tyre, N.Y. was a blow to these other two players, and offered a huge punch to the Southern Tier Region whose unemployment rate in Broome and Tioga Counties is close to 1 percentage point higher than that of Seneca County, where Tyre, N.Y. is located, according to a political blog written by Michael Vass in December.

Since the location board’s recommendation was made on Dec. 17, Traditions at the Glen in Broome County and Tioga Downs in Tioga County have partnered to bring a license to the “true” Southern Tier, a request that was bolstered by State Senator Tom Libous (R-52), who is a representative of both counties, and then later Governor Andrew Cuomo, who swiftly requested that the Gaming Commission consider a re-bid for a fourth license in the Southern Tier Region.