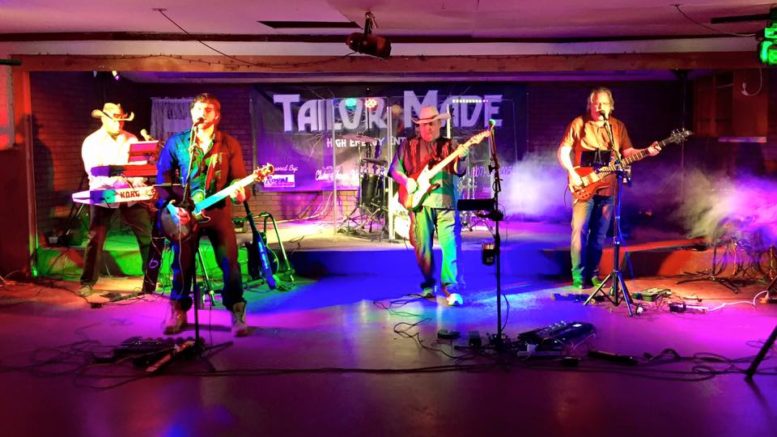 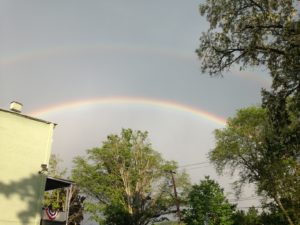 Rainbows appeared following the storms that swept through the opening night of Bike Night in Owego. (Photo by Wendy Post)

During opening night of Bike Night at Owego’s Parkview, two storms swept through, but the Tim Ruffo Band, who opened once again for the season never missed a beat. Owego’s Andrea McBride also opened the season with a performance of the Star Spangled Banner for the guests that arrive.

Everyone had a great time, in spite of the weather that came through, and the rains ended with beautiful rainbows, and following a tribute the Tim Ruffo Band made to the late Gregg Allman.

On Wednesday, Tailor Made will perform for guests.

Tailor Made is a four-piece Hot Country and Classic Rock band that formed in 1992, making them one of the longest and most successful bands in Central New York (CNY).

Tink Bennett (lead vocals and lead guitarist) is the front man and founder of the group, who has been performing professionally for 30 years.

He has been an important figure in other CNY bands such as Vengence, Mason Dixon and Full Circle.

Chad Bennett (drums and percussion) is a graduate of SUNY Owego School of Music and knows many different percussion styles.

Mike McMullin (lead vocals and bass guitar) is a veteran to the CNY music scene for over 30 years! Some of the previous bands he’s been a member of include The Kentucky Road Band, The Essentials, and most recently The North of Nashville Band.

Derek Gasque’ (keyboard and vocalist) is a graduate of Central Washington University, with a degree in music education. He began his career with superstars Elvis Presley, Al Green and Rufus Thomas, and has 25 years’ experience with Classic Rock, R&B, Jazz and Soul.

Tailor Made looks forward to making their debut performance at Bike Night on June 7, and will be performing from 6:30 to 8:30 p.m.

Sophie Christian contributed to this story.

Be the first to comment on "Storms sweep through opening of Bike Night; Tailor Made to perform on Wednesday"